Easter Week 1916 set the Irish people on a new path 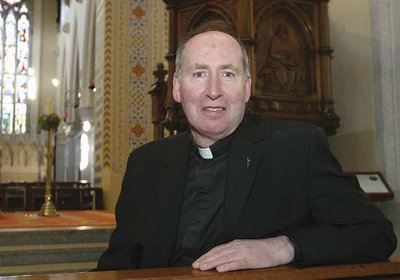 On Easter Monday, the Bishop of Ferns appealed to the people of Ireland not to be afraid to acknowledge the influential role faith played in the lives of the 1916 leaders.

“As we remember the people of 1916, we are changed in the remembering, in that sense they are still touching us, still inspiring us,” he commented.

“Not everything that has happened since has been glorious, not all the high hopes that fueled the Rising have been realised, but because of that unexpected, and initially unpromising, rendezvous with destiny, we have been able to chart our own distinctive course as a free people.”

On the centenary anniversary, the Bishop of Ferns remembered all those who lost their lives on that fateful Easter week, the men, women, and children who died on the streets of Dublin, the equivalent number of Irishmen who died that week on the Western Front, the British soldiers and RIC who perished in the Rising, many of whom were Irish.

He said all of them were caught up in events which had been set in motion many years before and which converged in bloody culmination on the streets of Dublin and the trenches of the Western Front in April 1916.

“A century later and the journey goes on, we are still writing our story, still trying to make real the promise and the dream of 1916,” he said.

“We owe it to the legacy of 1916 to do it in the spirit of the Proclamation itself which states its resolve to pursue the happiness and prosperity of the whole nation……cherishing all of the children of the nation equally.”

On Easter Monday, Dr Brennan said the country remembered with gratitude the small handful of men and women “who gave us the confidence to realise that we had, and still have, a story to tell, and a destiny to realise.”

“1916, heroic, but doomed to fail allowed us to dream again, to imagine in the words of George Bernard Shaw ‘’things that never were and say why not?”

The men and women of 1916 dreamed of a social order which recognised and promoted the material needs of people but they also understood the words of Scripture ‘man does not live on bread alone’.

He said the 1916 Proclamation is explicit in its recognition of the transcendent, beginning with ‘In the name of God’ and finishing by saying ‘We place the cause of the Irish Republic under the protection of the most High God.’

“I believe that the rest of the 20th century provides enough evidence to show that when societies are not underpinned by a sense of the transcendent, however beguiling materially, life can become soul-destroying, repressive and dehumanising.”

“Religion, despite sometimes falling spectacularly short of its ideals, gives expression to the side of our human nature which calls us to look above and beyond, the side which challenges us to be more than we think we can be.”

“We are so used to seeing them in their public role we can be blind to the fact that off stage, as it were, they loved and were loved, belonged to, and are still missed by their families.”

He said the men and women of 1916 are gone from us physically and separated from us in time, but their memory remains, their love of country, their love of freedom, and their willingness to risk everything for what they believed in.