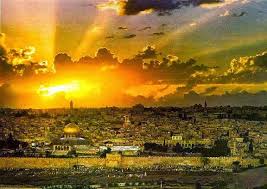 Jesus rises from the dead, Alleluia!

Remember  In the Gospel of St John 20 how we read:
So Peter set out with the other disciple to go to the tomb. They ran together, but the other disciple, running faster than Peter, reached the tomb first; he bent down and saw the linen cloths lying on the ground, but did not go in.

Simon Peter who was following now came up, went right into the tomb, saw the linen cloths on the ground, and also the cloth that had been over his head; this was not with the linen cloths but rolled up in a place by itself. Then the other disciple who had reached the tomb first also went in; he saw and he believed. Till this moment they had failed to understand the teaching of scripture, that he must rise from the dead.

The accounts of the resurrection tell us about how the story broke on Easter Sunday    Mary Magdalene goes to the tomb and is told to go and tell the eleven
Mary Magdalene runs to Peter with the message that Jesus had risen
Peter and John ran as fast as they could to the tomb. 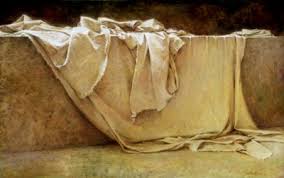 Mary’s story was hard to believe but they found everything was as Mary had told them.
They realised it was true.

This is the Church’s test in the face of
new technologies,
environmental challenges,
political turbulence,
faith on the frontiers, 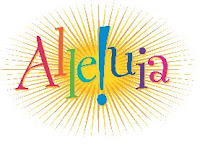 faith at the peripheries,
faith in the overwhelming knowledge we possess,
faith in all the contradictory experiences we meet,
faith in the endless choices we are offered,
faith in the debates about ministry.
that we have truly been given the mind of Christ?
That  ‘On that third day he really did rise again’
and he did it for the disciples
for you and me. 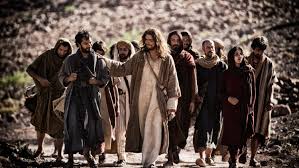 And they will understand
You shall see the face of God and live.Be not afraid
I go before you always
Come, follow me and I will give you rest

Our Thanks go to John Cullen, P.P., author of the book ‘Calvary Covenant’ and Donal Neary, S.J. author of ‘Gospel Reflections for the Sundays of Year B’: Mark for the use of their books published by Messenger publications, c/f www.messenger.ie/bookshop/
Thanks for joining with us in this journey Ash Wednesday to Easter Sunday