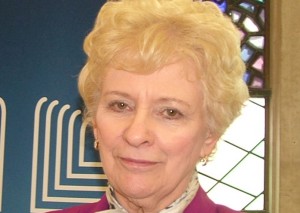 Leader of the Democratic Unionist Party, Arlene Foster MLA, has supported Baroness Nuala O’Loan’s plea for Stormont to reconvene ahead of this Monday.

Northern Ireland currently has the least extreme abortion regime in the UK, with terminations permitted if the mother’s life is in danger or if there is a serious risk to her physical or mental health.

Should Stormont fail to reconvene by Monday, the UK government will force their abortion guidelines on Northern Ireland for the period 22 October 2019 to 31 March 2020.

The Westminster document decriminalises abortion, stating that no charges can be brought against anyone who has an abortion or against professionals who provide or assist in an abortion.

The UK government has promised further regulations on aborted terminations from next April. It is expected these will be in line with legislation across the rest of the UK, which has led to 200,000 abortions annually and 90 per cent of children pre-diagnosed with Down Syndrome killed in the womb.

According to RTÉ, while the Northern Ireland Office has said there are no plans for abortion services to be made routinely available during the time frame of October 2019 to March 2020, abortions will be available for those women who have received a diagnosis of a life-limiting condition (of the foetus). Only at the beginning of this month did the High Court in Belfast rule that it was in breach of UK human rights obligations to not provide abortions to mothers whose children had been diagnosed with life-limiting conditions.

The Northern Ireland Office stated: ‘The government recognises the sensitivities of these issues and the strongly held views on all sides of the debate across Northern Ireland … This guidance is intended to be a factual statement of the position in law in terms of the responsibilities of healthcare professionals to their patients ahead of the statutory changes that may come into force on 22 October 2019.’

Dawn McAvoy of Both Lives Matters told BBC’s Good Morning Ulster programme that there are ‘grave concerns that for the first time in Northern Ireland, children diagnosed in the womb with disabilities are going to be permitted to have their lives ended in law … This document shows why it is seriously reckless to remove legislation without putting a pre-arranged regulatory framework in place first.’

In response to Baroness O’Loan’s call for the Secretary of State to recall the Northern Ireland Assembly before Monday 21 October, and after the DUP’s Assembly team had met and agreed to seek a recall of the Assembly last Monday, DUP leader Arlene Foster MLA said that the DUP would support this call:

‘Our MLAs will return to the Chamber without pre-condition. There are serious matters emanating from the NI (Executive Formation etc.) Act 2019 which should be decisions made in Stormont.’

Arlene Foster urged other MLAs who oppose the extreme liberalisation of Northern Ireland’s abortion laws to ‘step outside any Party shackles and join us in recalling the Assembly.’

‘It’s time to get Northern Ireland moving again,’ she concluded.