Electronic communications bring new challenges and new opportunities for the Church in the 21st century, a seminar organised by the Church Support Group heard on Wednesday.

Many of those attending the seminar were from parishes that avail of Church Services TV, a service that allows Mass and other parish events to be streamed over the Internet to those who are housebound or otherwise unable to attend the Celebration of the Eucharist or other church occasions.

Maeve Davidson of Foxrock Parish in South Dublin told those present that hundreds of people log on to view ceremonies at the church each week. Some log on for weekly Masses; others log on to be ‘virtually present’ at funerals, weddings or baptisms.

“It has gone beyond our wildest dreams,” she said of the television streaming service. “We thought it would just be local people who were at home who would be tuning in, but we get viewers from across the world.”

“We need to look at innovative ways to connect with people who are not coming to Church,” said Ms Davidson. “The quality of our social media is how people will connect with parishes.” 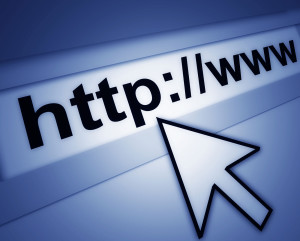 Church Support Group MD Tony Bolger gave a quick outline of the accelerating pace of change in the world of electronic media today.

But with the Internet there were 50 million people connected to the worldwide web within the space of four years. Since then things have accelerated even further: ‘Pokemon Go’ achieved 100 million downloads in the space of one weekend.

Mr Bolger posed thought-provoking questions that didn’t have immediate answers: “What will happen to church plate collections if we start living in a cashless society?”

Outlining the services provided by the company, he pointed out that the Church Support Group placed a high value on integrity. “There have been reports of CCTV cameras being hacked into, including cameras used by some parishes to broadcast Mass services,” he said. “This has not been the case with Church Services TV, which uses secure technology.”

The company’s chief technology officer Oliver Tormey gave a workshop on producing engaging material for online consumption via parish websites or parish social media, including a demonstration of how video material can be edited and packaged easily using low cost or freely available software.

Following positive feedback from those who attended the seminar, the Church Support Group is now considering offering similar events and workshops at other locations in Ireland.