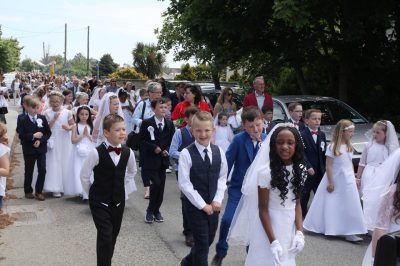 “All are saying that passing on the faith is primarily the responsibility of the home, with the support of the parish as well as the school,” stated the Archdiocese of Dublin, which carried out the survey.

Archbishop Diarmuid Martin set up a Sacraments Review Group in September 2018 to make recommendations on the future practice of Baptism, First Reconciliation, First Communion and Confirmation. The Group wanted to consult widely and in depth and then to determine future direction. This involved an online survey with 1800 responses from parents, parishioners, clergy, parish workers, school principals and teachers.

The Archbishop told RTÉ News that the survey confirmed the need for change. He expected resistance to any attempt to change the current position, but he said people had to “face the facts”. He explained that this issue is similar to divestment – everybody is in favour of it but not in their school. Archbishop Martin also acknowledged that the removal of sacramental preparation from schools would lead to a reduction in the number of children taking the sacraments.

The survey responses will form the basis for further reflection among the interested parties. “The responses are not ‘results’ but data for use for future reflection and consideration,” stated the archdiocese.

The data reveals that Ireland is unique in its dependence on schools in preparing for and celebrating the sacraments. Parishes are becoming more involved and there are some efforts to involve parents more. However, the survey showed that everyone wants change.

The next step is to see what action can be taken to meet this challenge. There will need to be a significant shift of focus from the current set-up where schools engage with children to a new set-up where parishes engage with parents.

Fr Paddy Byrne, a columnist, blogger and priest in Portlaoise parish, spoke about First Communion on Midlands Radio 103FM and stated: “It is time that leadership was shown on how best we can celebrate the sacrament. This puts more ownership on the parish and faith community. Particularly I would call on us as Church to reflect on why on the Sunday after the First Holy Communion less than 10% come back to Church.” 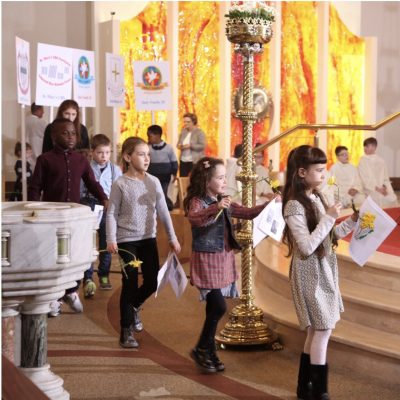 The Dublin survey indicates that it is vital to figure out how to relate to parents who are coming from different places. For example, the survey highlights that some parents are churchgoers; others are not but profess to have faith; and others again see the sacraments as family milestones with no faith dimension.

Speaking with Sean O’Rourke on RTÉ Radio 1, David Quinn, Iona Institute, said: “A lot of people are secular but are not overly secular, if I can put it that way. So they might not go to Mass much but they don’t mind their children being exposed to a little bit of religion.”

He went on to say that there are many who are “cultural Catholics” who want schools that are “Catholic lite” and that does not please those who are strong in their faith, nor those who are very secular.

The next step after the survey is to meet with people who participated in the survey, from home, parish and school. “At these gatherings over the coming months we will reflect together on the responses and what they might mean,” stated the Archdiocese.

The survey did not ask about religious education and formation.