Home > Featured > Dublin funeral policy for how we grieve today 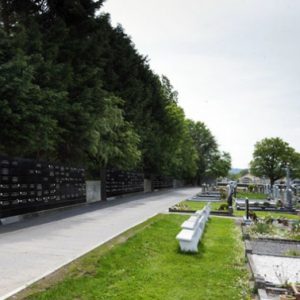 In a week during which the Vatican spoke against the practice of scattering the ashes of the dead, the Dublin Archdiocese issued a new policy on funeral ministry that proposes the greater use of columbaria, that is, places dedicated to storing cremated remains.

The policy on funeral ministry addresses a number of key issues, some more controversial than others, relating to how we mark the passing of our loved ones. For example, in an Ireland with fewer vocations to the priesthood, the document “looks to the future when the lay faithful will be more centrally involved in carrying out this ministry in our parishes.”

The policy encourages all parishes to have a funeral ministry team, consisting of religious and lay men and women, who have been trained in providing support to the bereaved. On receiving word of a death, one or two members of the team would visit a bereaved family to sympathise with them and to assure them that the parish community is praying for them and their loved one. The team would also bring a funeral rite booklet containing suggested readings and prayers of the faithful.

The booklet also explains why certain practices are not really acceptable in a Christian funeral. It says, for example: “If the deceased was a member of a particular association or group, the coffin may have had a flag or other insignia on it when it was being brought to the church; these are normally now removed – we are all one in Baptism and thus no individual is singled out by special insignia on the coffin once it is inside the church.”

In relation to eulogies, the policy states: “While it is not actually a part of the Christian Funeral Rite, a custom has begun at some funerals whereby a eulogy or an appreciation of the person is given by a relative or a friend of the deceased. Sensitivity has to be exercised around this as occasionally insensitive and indeed inappropriate things have been said at funerals.”

It continues: “Best practice suggests: It should be brief, no longer than five minutes, written down and delivered by one person.”

In relation to cremated remains, the Dublin Archdiocese is proposing that parishes look at the possibility of establishing columbaria, which are places established for the respectful and usually public storage of urns containing ashes. It envisages these being located in graveyards attached to parish churches, in church crypts or in ‘surplus space’ in large churches. The archdiocese notes that not all parishes will be able to provide columbaria, that they will require planning permission, and that the requirement to keep remains in perpetuity is an onerous one.