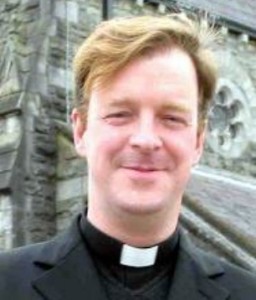 The archdiocese of Dublin is to introduce a more concerted fundraising strategy in 2014 in order to address a drop off in contributions to church collections.

The strategy includes the appointment for the first time of a priest to head up financial development and fundraising.

The role is intended to shore up funds which support parish finances and priests’ salaries.

Fr Andrew O’Sullivan, who is currently serving as Moderator in the parishes of Sandyford, Kilternan and Glencullen, has already taken up his appointment, the archdiocese has confirmed.

The priest has been given the title of Episcopal Vicar for Financial Development and according to a spokesperson for the archdiocese of Dublin, his fundraising initiatives will be “separate to efforts to manage financial support and spending for diocesan services which are under a more general review”.

The diocese is also looking to global fundraising and consulting firm CCS to advise its 200 parishes on securing long-term financial support to pay their priests and fund parish activities.

A pilot review and consultation process involving Dublin’s priests and parish finance committees is currently being set in place across its five deaneries.

This consultation process will be assisted by CCS, a firm that is described as having “extensive experience of similar consultations in other dioceses.”

CCS has been involved in fundraising initiatives in the Church in England and Wales including the current £40m fundraising drive in the archdiocese of Westminster and the £10m campaign in the diocese of Northampton.

The moves in Dublin are linked to concerns over the drop off in contributions from the faithful to church collections to the tune of 5% every year for the past three years.

The financing of priests’ salaries and parish ventures currently come almost exclusively from the offerings people make to the first collection on a Sunday, which is known as the ‘Common Fund’.

Archbishop Martin told a finance meeting for the archdiocese’s five deaneries in 2011 that Dublin had “very few other sources of income.”

At the time, he said contributions from the faithful to the first collection were down due to the recession and smaller Mass attendances, which have been totalling 18% of the Catholic population in recent years.

Earlier this year, the archdiocese of Dublin released finance figures which revealed that priests had taken another pay cut.

The figures also showed that the diocese saw its overall financial outlook improve substantially with a big increase in bequests and donations, up from €2.3 million in 2011 to €10.2 million in 2012.