Home > News > ‘No room for complacency’ on child safeguarding

‘No room for complacency’ on child safeguarding 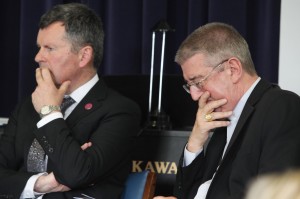 “It took years for the Church to learn that survivors were not people out to challenge the Church; survivors and their families had simply got things right,” Archbishop Diarmuid Martin said in an address on safeguarding children at Clonliffe on Friday.

Speaking to child safeguarding representatives from across the archdiocese of Dublin following an update on figures for the past year from the director of the Child Safeguarding and Protection Service, Andrew Fagan, the Archbishop warned, “There is a long way to go.”

The latest update on allegations of clerical abuse in the diocese reveal a drop over the last two years in the number of abuse allegations against priests, down to 40 per year from 100 per year in 2010/2011.

“Paradoxically, the good things that have been achieved could become a temptation towards complacency,” the Archbishop warned and added that there is a tendency for people to feel that the child abuse challenge has been addressed and that the protective fences could be lowered.

“It would be foolish to think that all our structures have fully satisfactory safeguarding procedures in place. There is no room for complacency. We need vigilance,” he stated. 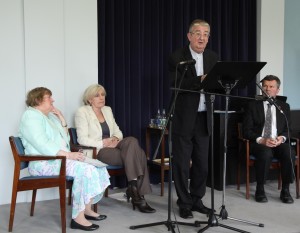 These latest figures show that in the past year, five more priests in Dublin were the subject of allegations of historical child sexual abuse bringing the total number of priests accused of abuse in Dublin to 106 since 1940.

Three of these latest five priests are deceased and two are retired.

In total, 12 priests or former priests have been convicted in the courts in recent years and this figure did not increase over the past twelve months.

The safeguarding update was also addressed by Dubliner Briege Caffrey who suffered abuse at the hands of a cleric over forty years ago when she was 16.

She explained how for some survivors, the abuse damaged their ability to trust and their faith.

Speaking about her spiritual healing, and the Church service ‘Towards Peace’, a support service for those abused within a Church context, she said she had even been able to attend the funeral of her priest abuser two years ago and let her anger go.

She said spiritual healing was very important because “I love my Church, I love my God.” In her address she explained that “Once I have God in my life nothing else matters.” 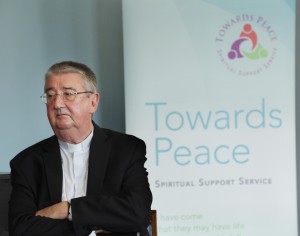 Her story moved Archbishop Martin visibly. Speaking to journalists afterwards he said her testimony reminded him “of so many stories we’ve heard”.

The Archbishop also became emotional as he noted that Dublin abuse survivor Marie Collins was now the one challenging the Church authorities as a representative of the position of the Pope on child safeguarding.

He told media, “The tables have turned and people who were speaking to Marie Collins as the spokespeople of the Church now have to listen to her as a spokesperson of the Church” and the Pope on safeguarding.

On the question of whether up to twelve Irish bishops could be investigated by the new Vatican tribunal tasked with investigating bishops accused of covering up or not preventing child sexual abuse by clerics, Archbishop Martin said the details had yet to be worked out.

Asked whether the tribunal should investigate retrospective allegations against bishops, the Archbishop said “I would imagine so but how far back do you go?”

He was also asked about whether crimes that didn’t exist in canon law before the setting up of this tribunal could be investigated, to which he responded, “That is what you have to find out? Canon law is actually very versatile because it takes in things like natural justice, and other principles.”

In his update on child protection data covering the last year, Andrew Fagan said that while there was an increase in the number of priests who were the subject of a complaint of abuse, the overall number of such complaints has declined steadily in recent years. 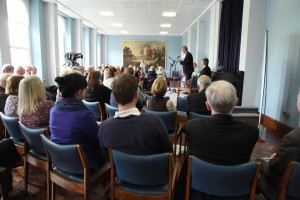 “For us that means less of our time is taken up with case work, freeing us up to do much more work of a preventative nature,” he said.

In the past 12 months over 7,000 people were Garda vetted through the archdiocese of Dublin.

The total number of people vetted through the diocesan system now stands at 45,000.

In his address, Archbishop Martin paid tribute to the two church services ‘Towards Healing’ and ‘Towards Peace’ which he said are reaching out to survivors to help them on the journey of healing and peace.

He said that when he received a letter containing an allegation of abuse from a survivor who has come forward maybe twenty years after their abuse, he can either say “these people should have come forward earlier or I can say here’s somebody who hasn’t been able to talk about what they have been going through.”

“The sexual abuse of a person touches a person in their depths because it is actually an attack on their dignity, their worth. Somebody who abuses a child sexually is saying you are worth nothing. And you don’t get over that.”

In his address, he said audit and accountability must remain an essential pillar of Church structures, “perhaps in new ways, but always respecting the autonomy of the National Board.”

Speaking to the media, he noted that safeguarding norms have been in place since the 1990s and yet the audits had shown that people weren’t actually really serious about these norms until the last three to four years. “There is something wrong there,” he said and added that the culture of safeguarding is not evenly embedded in the Church.

In her address, Una Allen of ‘Towards Peace’ recalled that Pope Francis has described the Church as a field hospital in battle. She said that unless the Church sought to help survivors and heal from the ground up it would not be able to move forward.

According to Una Allen there was a growing understanding of the spiritual impact of child sexual abuse.

Those who endured abuse in a Church context, often struggled with faith, deep mistrust and a sense of abandonment by God.