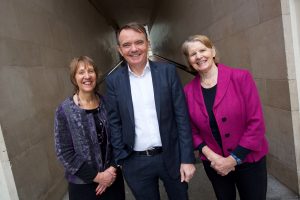 Dragons’ Den businessman, Barry O’Sullivan, plans to sell his home on the Aran Islands to raise funds for the homeless. The well-known businessman will donate the proceeds of the sale to Focus Ireland and COPE Galway.

“I would like to extend our sincere thanks to Barry and his family for this really lovely gift. I thank him not only on behalf of Focus Ireland but on behalf of the families who will have a place to call home because of this great act,” said Sr Stan, Life President and Founder, Focus Ireland.

The Dragons’ Den businessman is the first to donate to a new scheme, ‘Home from Home’, which encourages people who can to donate properties or funds to support the provision of homes to the homeless. COPE Galway and Focus Ireland announced the campaign on 29 November.

Every €20,000 each organisation receives can be leveraged to purchase or refurbish a home (through borrowing and other government funding schemes). It is expected that the proceeds of one house will help to deliver homes for up to 15 families or individuals who are currently homeless.

“Large donors often want to get involved but may be thinking: ‘What can I do to really help?’ Well, this is a perfect example of how such a donation will help both our charities to deliver homes for families and their children to escape the trauma of being homeless,” said Sr Stan.

Barry O’Sullivan is CEO of Altocloud, with offices in Silicon Valley, USA and in Ireland. He was also on the board of management of COPE Galway from 2009 to 2015. When on the Dragons’ Den, he promoted COPE Galway and supported entrepreneurs with a social conscience.

“I know from my work with COPE Galway the terrible trauma families who are homeless go through. I also know charities like Focus Ireland and COPE Galway help many families and individuals to secure a home and escape from being homeless,” he said. 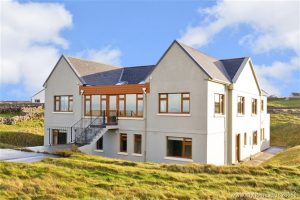 His house is to be auctioned on 16 December, has a guide price of a minimum value of €300,000 and is described as “a stunning” six bedroom  property which enjoys “magnificent views” of Kilmurvey beach and the wild Atlantic on Inishmore.

CEO of COPE Galway, Jacquie Horan, stated that the number of people facing homelessness in Galway is at its highest in her 20 years with the organisation.

“The value of this house in providing a further 15 or more houses for homeless people is amazing. Maybe it might even plant a seed for other such donations,” she said.

A count last week (beginning 21 November) by Dublin Region Homeless Executive (DRHE) has shown that the number of rough sleepers in Dublin has increased by about 40 per cent in seven months, and by more than 50 per cent in a year. The Irish Times reported that about 140 individuals were found to be sleeping on the streets and in doorways, compared to 102 during a count on 24 April and 91 in the count on 30 November 2015.

The 24–30 October 2016 figures from DRHE showed that there were 1,026 families with 2,110 dependants in homeless accommodation in the Dublin region.

The house is called ‘Beach House’ and the auctioneer states that it has been built to the highest possible standard, with its construction and finish having brought it into “a class of its own”. It has its own home cinema and games room, and solid wooden floors.
See: http://copegalway.ie/.