The Simon Community is appealing to business leaders this Christmas not to send greeting cards but donate instead to Simon.

Using the website www.simonhouseofcards.ie, businesses can register, send e-Christmas cards to their clients and their business logo will be included in an Irish Times advertisement which will be seen by more than 300,000 readers.

In addition, their logos will be seen on the ‘Simon House of Light’ projection show on Powerscourt Townhouse Centre in Dublin between the 11 – 13 December.

November has seen a 20% increase in the number of people sleeping rough in Dublin, according to Simon.

“This is the highest figure since the official count began in 2007 and it does not include the thousands of individuals, families and children who are people who are couch surfing, staying in squats, hospitals, internet cafes or temporary B&Bs,” food investor Michael Carey said.

“Nor does it include the 1,500 people who are forced to take shelter in emergency accommodation in the Dublin region each night,” he added.

The homeless situation has spiralled out of control, he says, and over the past number of months the increase in people living in very vulnerable and chaotic situations has grown substantially.

“Instead of sending gifts or cards this Christmas, companies can help the Simon Community respond to the growing problem of homelessness by supporting the appeal.”

Appealing to fellow retailers, John O’Neill of Heatons said that Simon, while doing all it could to provide accommodation and supports for the homeless, couldn’t “do it alone”.

“This Christmas they need the support of the business community to make home a reality for thousands of people who will otherwise face a brutal winter on our streets.” 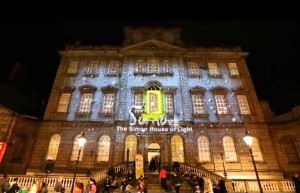 While welcoming the Government’s recently announced Social Housing Strategy, Kelly Crowley from the Simon Community said it was a “long term plan” that would take up to 2 years to deliver.

“That is just too long and the Simon Community want to deliver vital accommodation, to vulnerable and frightened people, now.”

Deirdre O’Donoghue, Country Manager for Nestle Ireland, one of the businesses supporting Simon said the charity needed to raise over €500,000 to provide vital housing and supports for the “shamefully high” number of individuals, families and children who are homeless or at risk of losing their home.

“We are asking companies to join us in helping to alleviate the crisis now by supporting the Simon Community to acquire accommodation that will move people on from rough sleeping and emergency accommodation.”

The 2013 House of Cards appeal raised half a million euro. In recognition of their support, donor logos are displayed in a full Irish Times Advertisement, and featured in the Simon House of Light show in Powerscourt Centre.

This festival runs from 11 – 13 of December. The three-day Christmas extravaganza will take over the Powerscourt Townhouse Centre, on Dublin’s South William Street, from 5pm-10pm each evening when the front of the Centre will be illuminated in a magical music and light projection show.

To accompany the show, the event will also see an array of entertainment and activities every half hour.

The show ran for the first time in 2012, with a Santa flying in on his sleigh and lighting up South William street with giant gifts and toy trains.

Last year, the event drew media attention and stopped Christmas shoppers and revellers in their tracks – an estimated 10,000 people daily.