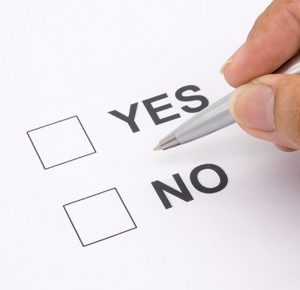 As Ireland votes today in the referendum to reduce waiting times on divorce from four to two years and to make it a matter exclusively for the Dáil, a member of Retrouvaille, the lifeline for marriage, has appealed to people not to make it too easy to “check out of marriage”.

“If you make it too easy to ‘check out’ you’re going to lose the opportunity of saving so many marriages, so many families, so many children,” said Pat Duff from Retrouvaille. “You’re going to create a generational mess.”

More than three million people are eligible to vote in the referendum on divorce, which poses a single question that addresses two issues: how long people must be living apart before applying for a divorce and the recognition of foreign divorces. Crucially, if the answer is yes, as well as reducing the mandatory waiting time for a divorce from four to two years, the issue will be removed from the Constitution and become a matter for the Oireachtas from here on.

According to Pat Duff, whatever the outcome of the referendum the government must legislate to ensure that couples make an effort to work through their problems before being granted a divorce, “because otherwise all the state is doing is perpetuating people moving from one bad relationship to another because they take all their personal and couple baggage with them”.

Pat and his wife Marian hit a crisis in their own marriage after just two years. Over 12 years later “the truth emerged because we finally dug it out of each other and then we had a revelation of things and what we’d done, and then we had to go and get help. But do you know why the crisis started? Because we were a young, inexperienced couple, full of ideals, but we didn’t know how to communicate.”

Twenty-five years into their marriage, when it had “irretrievably broken down”, the couple did a Retrouvaille weekend, which gave them the tools to understand each other and rekindle their love. “Retrouvaille intervention saved our marriage. We could have easily separated and be still blaming each other, but with the proper help we have saved a marriage and a family. Now we have grandchildren,” he said.

He and his wife have been working with Retrouvaille for many years, helping other couples whose marriages are in crisis. “Often breakdown in communication leads to mistrust and that leads to all the other things that people think cause marital breakdown like third-party relationships and drink and so on. We think those are the problems, but the problems are because we’ve stopped trusting each other and we’ve stopped communicating.”

He believes the four-year “waiting period” in the Constitution was put in place “for a good reason”: to “give [couples] time to come around and work through the problems. But that only works if you go and do something about it.”

Meanwhile, speaking on RTÉ radio’s Drivetime on Wednesday, Sandra Joyce, who counsels separated parents and children of separated parents, said children needed time to adjust to separation over a few years and “to understand that this will be their new reality”.

She said it took children and parents a long time to come to terms with separation and divorce – four to six years. “Two years is a very short time. The school year alone flies through but for children they do need that time [four years] to adjust, to allow them to go through all those stages of grief properly.” The separated parents she has counselled also needed time to “come to terms because it’s a huge emotional journey”.