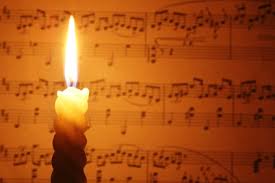 Music and song are instruments of evangelization, the Pope told the Third International Meeting of Choirs, which was held in Rome this weekend, but he warned the altos, tenors, sopranos and basses to make sure that everyone in a parish community was allowed to sing.

After hearing choir members perform at an audience in the Paul VI Hall, Pope Francis told the assembled singers: “You have awoken the Vatican.”

And he was full of praise for those who practise the musical arts in church liturgy: “Your music and song are truly an instrument of evangelization to the extent that you bear witness to the depth of the Word of God, which touches people’s hearts, and to the extent that you assist in the celebration of the Sacraments, in particular the Holy Eucharist, allowing us to perceive the beauty of Paradise.”

However, he warned choristers against the temptation of replacing the participation of the faithful in liturgical responses. “You are the musical animators of the whole congregation,” he said. “Don’t take its place, depriving the people of God of the chance to sing with you and bear witness to the Church’s communal prayer.”

Some 7000 musicians and singers participated in the Meeting of the Choirs, a three-day event organised by the Pontifical Council for the Promotion of the New Evangelization.

Pope Francis urged the choristers to be innovative and to consider their role in many popular forms of religious expression. He said: “Feasts of patron saints, processions, dances, and the religious songs of our peoples are themselves a real heritage of religiosity that is worth appreciating and supporting, because they are nonetheless an action of the Holy Spirit at the heart of the Church.”

The Pontiff also said that music was “an instrument for promoting unity”.