Home > Featured > Don’t be afraid to engage with young people

Don’t be afraid to engage with young people 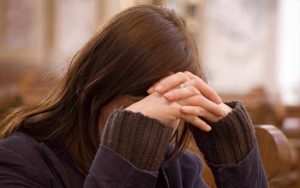 During October 2018, Pope Francis will host a Synod of Bishops on the theme ‘Youth, faith and vocational discernment’. At its June meeting, the Irish bishops recognised it was an important time to review youth ministry throughout Ireland.

Speaking on the issue to CatholicIreland.net, Bishop of Limerick Brendan Leahy said the first step in bringing a young person back to a life with a faith dimension was to pray for him or her and then “interest ourselves in their world, what they are doing, how things are going. Listening to them out of love prompts a two-way dialogue where we get a chance to share what matters to us”.

Bishop Leahy advised people to “believe in God’s love for each person” and he cited the example of St Monica, who prayed “not without tears” for her son Augustine, who eventually “became one of the greatest conversions in the history of the Church”.

Conversions happen today too, he said, recalling a conversation with a young man who had stopped practising his faith “many years previously” but, through his girlfriend, came to a Youth 2000 gathering. “Suddenly, the experience of finding himself in a place of faith impacted on him. He found himself going to Confession for the first time in years. His whole life turned upside down.”

What was it that brought him to faith? asked the Bishop.

“It’s probably no one thing. He was possibly getting dissatisfied with what the world was telling him brings you happiness. He was searching. It took the circumstance of his girlfriend’s invitation to begin a new journey for him.”

But behind all of that, there is what Catholics call the life of grace, Bishop Leahy added. “That’s a gift. It’s working all the time mysteriously in our lives and it’s hard to calculate the ins and outs of it.”

The Bishop of Limerick said that each person was on a journey. He advised parents that there would always be a moment when their child would want to distinguish him/herself. “It’s important for parents to be seen to recognise this, respect the young person’s freedom and at the same time both by example and by ‘giving reasons for the hope we have within us’ as St Peter says, gently accompany young people at this stage of life.” 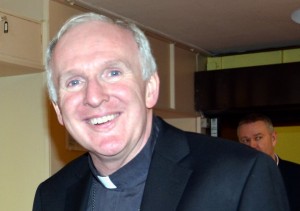 Asked about parents who feel inadequate in the task of talking to their children about faith, especially when their children are more articulate about their own values, Bishop Leahy agreed that this can be disconcerting for parents.

“But perhaps what’s happening is that when teens are saying faith is ‘irrelevant’ it becomes a time also for parents to ask: well, how relevant is it in my life? So, instead of being overly concerned about reaching out to young people, recognise they are reaching out to us with their questions and search and we are on the same search with them.”

Peer pressure/encouragement is a big thing for young people, he said, recalling a recent meeting he had with a small group of young people who don’t practise their faith. To the simple question of whether they would go to church if their friends were going, they answered immediately that they would. “We need to find places where a critical mass of the ‘young church’ can gather and so encourage one another. That’s no easy task but we have to re-imagine things,” said Bishop Leahy.

He advised adults not to be afraid “simply to talk to young people, be interested in what they are doing. It’s not just the adults mentoring young people. There is a mutual ministering to one another going on. And if it is real, there is going to be straight, honest talking on all sides. Young people appreciate authenticity and if what we say is real, then it resonates for them.”