Domestic abuse to be the focus of Day For Life 2019 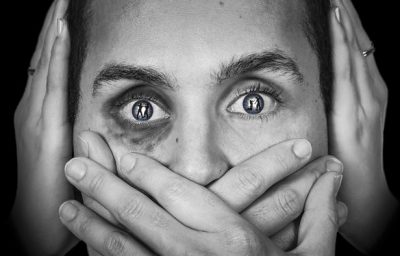 Next Sunday, Catholics in England and Wales will be asked to consider ways of tackling domestic abuse as part of the celebration of this year’s Day For Life.

Catholics in Ireland will also be called on to meditate on this distressing topic in October, when Day For Life is celebrated here.

Although the annual Day For Life occurs on different dates on either side of the Irish Sea, the Catholic hierarchies of these islands have decided to focus on the one theme, which this year is domestic abuse and how it affects women, children and men.

Such is the extent of the problem that in England, on average, two women a week are killed by a partner or an ex-partner. It is estimated that one in four women, and about one in six men, suffer from domestic abuse at some time in their life.

“These shocking statistics call us to fight against the scourge of domestic abuse,” said Bishop John Sherrington, auxiliary in Westminster.

He added: “For those who are experiencing domestic abuse, the home is far from being a place of security and self-fulfilment. Too often it is a place of suffering, fear, degradation and isolation.

“Domestic abuse is often a hidden problem, and our aim is for anyone experiencing domestic abuse to feel able to have confidence to seek help within the Church setting. We want to raise awareness in our churches, which would be a step towards addressing this serious moral and social problem.”

On Sunday, stickers with contact numbers offering support to the victims of domestic abuse will be distributed in churches in England and Wales.

The choice of theme for this year’s Day For Life reflection has been approved by the Pope, with his secretariat issuing a message stating that the Pope offered “his cordial best wishes to all those celebrating the 2019 Day for Life being held in England and Wales, Scotland and Ireland”.

As we consider the theme of domestic abuse, and in particular the shameful ill-treatment to which women are sometimes subjected, the Pope said he would pray that “their efforts to support the most vulnerable of our brothers and sisters will bear much fruit and contribute to a growing commitment to fight against all form of exploitation”.

“The responsibility to share the good news that every human life is beautiful and sacred is a noble calling,” he said.

Day For Life is celebrated yearly by the Catholic Church in Ireland, Scotland, England and Wales. It is a day dedicated to raising awareness about the meaning and value of human life, at every stage and in every condition.