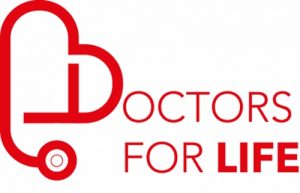 A group of general practitioners are concerned new abortion legislation will force them to provide abortion services, despite not having been consulted by politicians on the issue.

The doctors, part of a group called Doctors For Life, met with TDs and senators on 26 September, at an event hosted by the Oireachtas Human Dignity Group in Leinster House.

The doctors said they were concerned that the Minister for Health would unilaterally impose abortion provision on general practice without any prior discussion with GPs on the ground. Doctors Niall Maguire, Kirsten Fuller and Andrew O’Regan underlined the need to protect freedom of conscience for doctors and all healthcare workers in the forthcoming abortion legislation.

Dr Fuller said doctors in Ireland had been trained to care for pregnant women and their unborn babies. “The referendum is now over and it is critical that the law respects the views of doctors who choose to continue to treat both patients with care and compassion. Forcing a doctor to make a referral for an abortion against their conscience is simply wrong,” she told the meeting.

Dr O’Regan outlined how a pluralist democracy recognises and respects the rights of all members of society. “What kind of choice is it to give anybody – ‘Do as I say or face the law of the land’? A healthy and mature approach to this would be to ensure that the law protects GPs to continue to practice in accordance with their conscience.”

In his presentation, Dr Maguire spoke about the need for an open and honest conversation with the medical profession. “As GPs we have a conscientious commitment to our patients, often over the duration of a lifetime. I, and very many of my colleagues, see it as our role to provide support and positive alternatives to abortion. We would never prescribe or make a referral that we suspect would cause harm in any situation. Now this practice is threatened by a law that would force us to set in motion a procedure we believe to be harmful.”

The doctors said recent online surveys of registered GPs indicated that the overwhelming majority of them would be reluctant to prescribe abortion. Therefore, respecting the conscience rights of GPs is of paramount importance, they said.

Meanwhile this Saturday, 29 September, Doctors For Life is hosting a conference in Tullamore on conscientious objection in practice for doctors, nurses, allied health professionals, lawyers and others. The event takes place in the Tullamore Court Hotel, Tullamore, Co. Offaly from 9am until 5pm. Places may be booked online here.