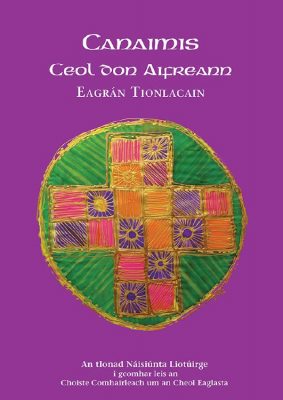 The much-loved hymn “Dochas linn Naomh Pádraig” will be sung with special fervour in Dún Laoghaire on Sunday week.

The Irish-speaking community there are making a special appeal to our national patron saint, as well as Archbishop Diarmuid Martin and parish priest Fr Paul Kenny, for the restoration of Irish-language Sunday masses.

For more than 50 years Dún Laoghaire had a weekly Irish language celebration of Sunday Mass, which was notable for a liturgy involving a very active Irish-language choir, but that came to an unexpected halt in summer 2917, when a halt was put to the Irish-language liturgy, or Liotúirge Gaeilge.

Since then a lay group, Pobal Aifreann Dhún Laoghaire, has been lobbying the parish priest and Archbishop Martin for restoration of An Aifreann Beannaithe.

Group member Pauline Uí Argáin said the choir had been a very successful vehicle for getting children, teenagers and young people active in parish life.

“There are still Irish language Masses celebrated in Bray and in Sallynoggin, but there are many elderly Irish-language speakers who do not have the ability to travel to other parishes, and who would much prefer an Irish language Mass here in Dún Laoghaire.

“Admittedly, we are not the only parish in this part of the diocese to lose its weekly Irish-language Mass – they are gone in Foxrock and in Mount Merrion too. It is such a pity, especially as there are growing numbers of pupils attending Gaelscoileanna and who are learning their prayers in Irish, but aren’t getting to say their prayers at an Irish language Mass.”

In January this year, the National Centre for Liturgy published Canaimis, a range of musical and choral resources for use when celebrating Irish-language Masses. Pobal Aifreann Dhún Laoghaire noticed that their parish priest, Fr Kenny, was the musical director for these resources, so they used the opportunity to request an Irish-language Mass on this coming St Patrick’s Day, and they were delighted when their wish was granted.

“If Mass can be celebrated in Irish on St Patrick’s Day, it can be celebrated in Irish every Sunday,” said Ms Uí Argáin. “Irish is for all year round, not just one day of the year. Irish has been central to the life of Dún Laoghaire parish since 1965, the year we switched from Latin, which was also the same year that a fire devastated St Michael’s Church. Among those who worked hardest to fund the new church building were members of the Irish speaking community: they knew that an Irish language Mass was central to fostering a thriving Irish-language community.

And for those with little Irish, the words “Dóchas Linn Naomh Pádraig” mean “Hope With Us, St Patrick”.