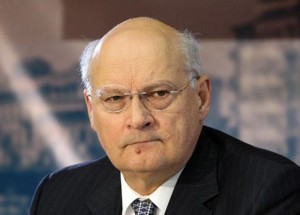 The financial crisis which beset the world in recent years was caused not just by personal greed but a false economic theory which divorces economics from ethics according to an Italian scholar.

Professor Stefano Zamagni told journalists at a recent conference in Rome, that people had “misbehaved” in relation to the banking crisis, “but this does not explain the depth and intensity of the crisis”.

The Professor of Economics at Bologna University said the crisis came from within the financial system, in spite of the efforts of economists to remedy it.

“In the last 25 years, economists made a theoretical mistake – the mistake of believing that economics has no need of morality.”

The theory was first enunciated in 1829 in the UK by Professor Richard Whately, an Anglican priest and political economist.

Later it became known as NOMA (Non-overlapping magisteria). The idea was that “if economics wants to be a science it has to cut relationships with politics and ethics”.

The NOMA idea was characterised by the phrase: “The business of business is business”.

The present day crisis represents the full acceptance of NOMA, he said, explaining that up to 20 years ago, a traditional bank model existed.

Prof Zamagni described this as the ‘Original to hold’ model which believes that “The bank that took the original risk should hold the risk.”

“Therefore if I am prudent, I get the profit. But if I give a loan to someone unable to pay it back, I bear the loss.” 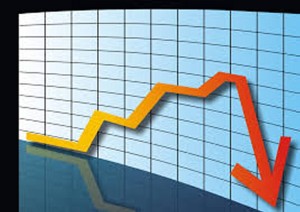 However, twenty-five years ago the model was changed to: ‘Original to distribute’ – a bank was allowed to sell loans.

Guided by a principle of market efficiency, the bank shifted the risk to the market, which was assumed to be in a better position to judge the quality of the risk.

The conclusion was that it was enough to keep an investor informed about the risk.

In recent years economists have realised their mistake.

“Those who created the risks should pay,” he went on. “We are paying a big price for the NOMA principles.”

According to Prof Zamagni, global financial capitalism has become a religion. Its aim is to use human resources to maximise efficiency so as to maximise the creation of wealth.

Christianity says efficiency is good, but it must be juxtaposed with the common good and human dignity.

“The trafficking in human organs is highly efficient, therefore should we say we accept it? In 2010, European statistics included in GDP the estimated income from drugs, criminal activity, trafficking and prostitution,” he told journalists.

The reason this was being done, he said, was to decrease the debt/GDP ratio. “But once you classify these activities they become legal.”

The Professor of Economics said some countries, like Italy, were rowing back from this, but it showed what becomes of economics once you separate it from ethics following the NOMA principles. 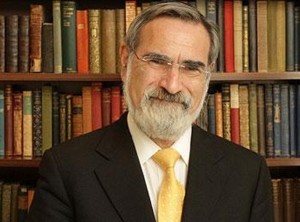 He warned about decisions with moral consequences being presented in technical terms.

“Someone might say ‘We want labour flexibility because that increases efficiency and production’.”

“We need to consider each situation on a case by case basis. Catholic social teaching is not against business. It is pro-human.”

He insisted that only the ethics provided by Christianity, Judaism and other religions could rescue the market economy.

“The global market economy is not capable of producing the values which are essential to sustain it,” he said.

He cited others who supported this view, like Jonathan Sacks, Chief Rabbi in the UK, who wrote “The market does not survive by market forces alone. It depends on respect for institutions, which are themselves expressions of our reverence for the human individual as the image and likeness of God.”

Professor Stefano Zamagni is a member of the Pontifical Academy of Social Sciences.