‘Disgraceful that a state funded agency campaigning for abortion’ 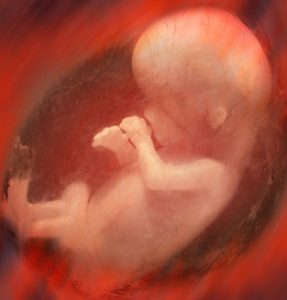 It is a scandal that the tax-funded National Women’s Council is being allowed to openly campaign for the repeal of the Eighth Amendment and for abortion, the Pro Life Campaign has said.

Yesterday the National Women’s Council had its annual general meeting and Tánaiste and Minister for Justice and Equality, Frances Fitzgerald, launched its strategic four year plan 2016 – 2020.

Titled Driving Equality, it sets out the organisation’s key goals and objectives.

“NWCI with a clear policy position and mandate from our members established over many years, will continue to play an appropriate role in raising awareness and calling for full reproductive choice for Irish women in the coming debate and possible referendum,” says its report, which lists among its ‘Ten opportunities for NWCI’: “A strong position on abortion.”

Women in Ireland should have “access to a wide range of reproductive services, including abortion” NWCI director Orla O’Connor was quoted as saying, arguing that this was not possible while the amendment remained in place.

“We need legislation to provide abortion services as part of the healthcare system,” she said.

Atlantic Philanthropies also grant aided the Council to the tune of €280,000.

“It is a scandal that a tax payer funded group like the National Women’s Council of Ireland is openly campaigning for abortion and that Minister for Justice Frances Fitzgerald appears to see nothing wrong with that,” commented Dr Ruth Cullen of the Pro Life Campaign.

“Whether she acknowledges it or not, it is an absolute abuse of tax payers’ money for the NWCI to be hosting public meetings around the country pushing one side of the debate.”

“The NWCI is the same organisation that attacked the group Women Hurt after it launched an inoffensive campaign reaching out to other women who were suffering following their abortion,” she added.

In Driving Equality, the NWCI notes that the “Government has agreed to the development of a new National Women’s Strategy and NWCI is ready to play a central role in ensuring that our members have their say in what the new women’s strategy should strive to achieve for women.”

“Ireland’s abortion legislation is the most restrictive across the EU. The growing consensus that repealing the eighth amendment to the Irish Constitution which gives an equal right to life to the foetus and the mother, is necessary and is a subject which is swiftly moving to the mainstream political agenda,” it adds.

Ms Sherlock said the independent report that the Pro Life Campaign launched earlier this week estimating the number of lives saved by the 8th Amendment was something organisations like the NWCI ought to acknowledge and reflect upon.

“It is an inconvenient truth for groups pushing for the dismantling of the 8th Amendment that there are tens of thousands of Irish people alive today thanks in one way or another to this life-saving Amendment.”

The National Women’s Council of Ireland (NWCI), with its mission to be “a catalyst for change in the achievement of equality between women and men” has 170 member groups including Abortion Rights Campaign, Action for Choice, Doctors for Choice, Termination for Medical Reasons and the Irish Family Planning Association.