Minister Ford is formally recommending that abortion be permitted in situations where the unborn baby has a life limiting condition.

“We would have to take issue with Minister Ford’s claim that this consultation process was careful and thorough,” said Cora Sherlock, Deputy Chairperson of the Pro Life Campaign.

“It has been very clear from the outset that Minister Ford has been moving the process in a particular direction but it is reassuring that a significant number of MLAs in the Stormont Assembly will oppose any moves to discriminate against babies with terminal illness if there is a vote on the matter.”

She pointed to the Republic of Ireland where earlier this month the Irish Medical Organisation expressed support for the provision of dedicated perinatal palliative care to assist families dealing with a pre-natal diagnosis of terminal illness.

She said that this type of care should be the focus of all efforts to help families as it offers specialised support and assistance, enabling families to meet and spend as much time as possible with their babies, in a supportive environment.

“That is the only appropriate response to these very difficult situations,” Cora Sherlock concluded.

“A genuinely inclusive society is one where all human life is valued unconditionally, regardless of the ability of the person involved, whether they are born or unborn, or whether they have been given a serious medical diagnosis which means they will require special care and support.” 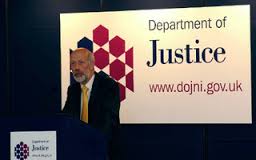 Last week Minister Ford MLA, stated, “In the limited circumstances of a foetal abnormality which is likely to cause death either before birth, during birth or in an initial period after birth, and where no treatment other than palliative care could be offered to improve the chances of survival, my view is that the health and well-being of the woman must take priority and that the law should be clear and offer certainty.”

He intends to ask the Executive for its approval to bring forward legislation to the NI Assembly which would allow for termination of pregnancy in “these tragic cases.”

He added, “I am also proposing to allow for the inclusion of a conscience clause in the legislation, but will not proceed with changes relating to pregnancy resulting from sexual crime.

Minister Ford started a consultation process some months ago.

Responses have been published in the report titled: “The Criminal Law On Abortion: Lethal fetal abnormality and sexual crime Response to the Consultation and Policy Proposals”, dated April 2015.

The full report is available from the NI Department of Justice.

In an overview of its “Overall summary of responses” it states:

• there were 712 individually written responses. 579 of these opposed change, 133 supported change;
• there were 65 responses from representative organisations and interested groups. 47 of these supported change, 18 were against;
• there were 921 letters opposing change written in support of seven lobby campaigns which may have been organised by individual churches or faith groups;
• there were 23,622 petition signatures opposing change. The petition, called Project Love, was organised by Every Life Counts Ireland. It was made up of 18,000 postcards, delivered to the Department by Precious Life; a further 2,197 sent directly to the Department and 3,425 signatures to the electronic version of the petition on a website called CitizenGo.org.

The report stated that although it was not possible in all cases to confirm that the respondents lived in Northern Ireland, all responses were included in the figures.

In chapter 8, titled ‘Policy Development and Legislative Proposals’, the report states that having “acknowledged the moral and ethical position of those groups and individuals that do not want any change to the law, the Department believes that the weight of evidence and the content of the arguments, rather than the number of signatories to a petition or lobby campaign, seem largely to favour a move to clarify the law so that women would be able to access services for a termination of pregnancy in circumstances of fatal foetal abnormality where continuing with the pregnancy would have a detrimental effect on their health and well-being.”

Later in the chapter it concludes, “there would seem to be a clear body of opinion in favour of a clause to allow for conscientious objection, with many responses pointing to the need for this to be a qualified right which will provide women with an appropriate standard of health care.”

It further states that this right will be limited to “direct participation in the procedure for termination, either medical or surgical” and will not include “ordinary nursing and pastoral care of the patient.”