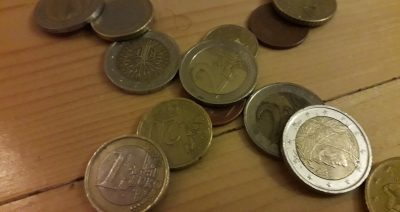 Two Irish dioceses that have seen donations to church collections drop in recent years are having to rethink their fundraising strategies to ensure that their priests are paid.

A spokesman for the Diocese of Waterford and Lismore told WLR FM’s ‘Deise Today’ programme on Monday that it had no money to pay its priests’ salaries last Christmas as a result of the fall-off in donations from parishioners.

According to Fr Liam Power, the diocese supplemented the shortfall by raising money from parish reserves in December which covered the salaries of over 60 priests.

Each year, the diocese takes up three envelope collections at Christmas, Easter and in the autumn and these are earmarked for funding priests’ salaries.

But the amount of money the collections brought in last year was insufficient to cover the salary of €21,000 which each priest receives in Waterford and Lismore.

“There was no money at Christmas and we had to get €5,000 from each parish out of parish funds,” Fr Power explained. He warned that this fund, which was used as a stopgap, was “seriously depleted” and therefore was not a long-term solution, as it wasn’t sustainable.

The weekly church basket collection is not used to cover the salaries of priests but is used for church maintenance and upkeep.

Fr Power suggested that parishes may have to set out a minimum financial target for themselves for their contribution to the common fund; otherwise they may have to resort to the weekly basket collection to cover any shortfall.

The Waterford and Lismore priest made the disclosure as he discussed the move by the Archdiocese of Dublin to introduce cashless payment machines in some churches to offset a decline in donations.

A spokesperson for the Archdiocese of Dublin issued a statement to CatholicIreland.net admitting that “Financial contributions to the Church in Dublin have been in decline for several years for a variety of reasons, including a decline in the number of people attending weekly Mass.”

The diocese said several initiatives over the past decade have been introduced to improve diocesan finances such as the establishment of an office for financial development some years ago.

While direct debit payments for the family offering (an envelope collection for parishes) has been in place for some time, the diocese is currently piloting a new payment method in a small number of churches, with card machines in place at the back of the church to allow parishioners to make a contactless contribution.

This is done by a standalone machine.

One of the churches piloting the new payment system is the Church of the Holy Cross in Dundrum, Dublin.

According to the spokesperson for the Archdiocese of Dublin, there are plans to roll out card-based payments using a Parish Payments System in the majority of parishes later this year.

“This will cover many transactions such as offerings [and] pilgrimage payments and will enable parishioners to sign up for recurring contributions. This will not, however, mean an end to the traditional basket collections at Masses which will remain in place for the foreseeable future,” the statement from the Archdiocese of Dublin said.

On WLR, Fr Liam Power said the envelope collection in Waterford and Lismore had been “seriously depleted”.

He linked the drop in donations to a decrease in the numbers attending Mass and highlighted that younger people who do attend Mass from time to time for special occasions or funerals are not in the habit of making donations.

He accepted that scandals within the Catholic Church had “undermined our credibility and our moral authority”.