Diocese of Clogher plans for decline in priest numbers 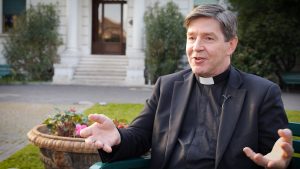 Clogher’s diocesan administrator has published a far-reaching plan for the restructuring of the diocese in a bid to offset the decline in priest numbers and the ageing profile of those still in ministry.

Announcing the annual diocesan changes for 2018, Mgr Joseph McGuinness also published a pastoral letter entitled The Future Mission of Our Parishes in which he outlines both the background to the proposed changes and some of the steps that will need to be taken immediately in all parishes.

In his letter, Mgr McGuinness explains that the current reality sees a diminishing number of priests and an increasing age profile. This has resulted in 37 parishes and 85 churches in the diocese being served by just 58 priests.

That figure represents a reduction by a third of the number of active priests in the diocese in just 20 years.

During the past year alone, the diocese has lost the service of seven priests through death, serious illness and other reasons. One new priest was ordained.

Mgr McGuinness’ letter makes it clear that the number of active priests in Clogher will continue to decline in the future, as shown by an analysis of the age profile of the priests serving at present.

Of the 58 priests who are active in parishes, some 28 of these (almost 50 per cent) are over the age of 65. Of these, 14 have retired from administration as parish priests, with more due to retire in the coming years. Only seven priests are under the age of 50.

Mgr McGuinness highlights to the faithful of his diocese that “there are obvious implications in this for our ability to sustain the levels of pastoral and sacramental provision which have existed until now, as well as the administrative structures within our diocese”.

He adds that the changes he is making are the beginning of a process to deal with the reality of the present and the challenge of the future.

“The changes herald a new departure in how pastoral ministry will be carried out in the diocese. From now on, the availability of priests and the consequent provision of Masses will not simply be on an individual parish basis but will depend upon neighbouring parishes working together in the seven pastoral areas of the diocese,” Mgr McGuinness explains.

One of the aims of the new arrangements is to reduce the workload of priests and to make provision for holiday cover and the possibility of illness.

He is also seeking to ensure that the administration of parishes will progressively be delivered from administration points or offices at key locations around the diocese, so that parishes can share the increasing burden of administration, financial compliance and communications as well as providing people with an efficient and responsive service. 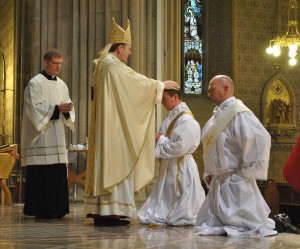 The diocese of Clogher is preparing for a decline in the number of active priests.
Credit: LiamMcArdle.com

Mgr McGuinness is inviting the priests in each of Clogher’s pastoral areas to meet within the next month to agree on how they can arrange weekend and weekday Masses and other liturgies in a way that can best provide a range of Mass times for congregations across neighbouring parishes.

He also hopes to reduce the workload and stress on priests and allow for holiday cover and the possibility of illness, while enabling the community participation dimension and the quality of liturgies to be enhanced.

The plan is to provide a basis for laypeople to play their full part in ministry, including the leading of some liturgies.

Mgr McGuinness will himself lead each of these meetings. He said, “We will work together to ensure that the decisions made are balanced and take account of local circumstances as much as possible”.

In his letter, Mgr McGuinness outlines his vision for a wide range of lay ministries in the diocese.

“Lay ministry within our church is central to its mission. Fully appreciating and expanding the whole range of ministries across our diocese involves both great challenge and exciting potential. This is not about making up for the diminishing numbers of priests. It is a response to the baptismal calling of each one of us. It is about encouraging every one of us to reflect upon what we can give in service to our church community,” he said.

He describes the permanent diaconate as a key ministry.

In recent months, Deacon Martin Donnelly of Enniskillen was ordained a deacon and in his pastoral letter, Mgr McGuinness calls on “any men in our Diocese who feel called to this ministry to make contact with their local priest to seek more information and explore whether this may be a possible path of service for them”.

Mgr McGuinness stresses that the permanent deacon is only one of many ministries; that women and men are needed to serve in all parishes in liturgical ministries, as catechists, lay pastoral workers or in youth ministry, or to share their skills in safeguarding, management, finance and communications.

Above all, Mgr McGuinness calls for more vocations to the priesthood, noting that without priests there cannot be a celebration of Mass. He encourages parents to support a son who shows interest in becoming a priest.