Spot the danger signs of dating abuse and stalking 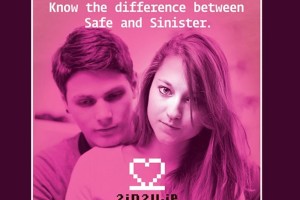 As huge numbers of people line up to see the much hyped Fifty Shades of Grey in cinemas this St Valentines Day, a leading Irish organisation combating domestic violence against women has launched an appeal to young women to know the difference between ‘safe’ and ‘sinister’ on Valentine’s Day.

A key part of the campaign is to encourage young women to know the difference between safe and sinister behaviour in dating relationships.

“Research has shown that while young women can be at even higher risk of abuse in a relationship than their older counterparts, there is low recognition of controlling and coercive relationship behaviour among young women.”

Women’s Aid encourages women to visit www.2in2u.ie, which is now mobile and tablet friendly, and has content on dating abuse, on protecting people online as well as a relationship health check quiz.

Dating abuse including online abuse and stalking is a significant issue for callers to the Women’s Aid National Freephone Helpline, they say.

According to the organisation, one in five women in Ireland experience abuse in relationships.

A national survey on domestic abuse in Ireland showed 60% of those who had experienced severe abuse in intimate relationships first experienced it when they were under the age of 25.

“A stark reminder of this risk is that 1 in every 2 women, aged between 18-25, killed in Ireland since 1996 were murdered by their boyfriends or exes,” said Margaret Martin.

On its Facebook page, Women’s Aid posts a blog of Jenny Trout from Huff Post Women: “To say I am not a fan of Fifty Shades of Grey is to say that the universe is kinda big, or that fire is slightly warm,” she writes.

Trout, who has studied both books and the movie, writes about the relationship between Christian Grey and Ana Steele.

“From the day Christian and Ana meet, he seeks total control over her, from asking her to sign a highly-detailed sex contract (the terms of which are discussed as he plies Ana with alcohol), to deciding which gynecologist she will see (under his supervision, in his home) and what birth control method she will use.”

“He isolates her from her friends and family, going so far as to follow her across the country uninvited when she visits her mother. He warns Ana that he’ll be able to find her no matter where she tries to run, and once they’re married, he has her followed by a security team that reports her every move back to him.”

“Throughout it all, Christian gaslights Ana into believing that his bad behaviour is her responsibility, until she comes to the conclusion that her unhappiness is due to her failure to love him enough.”

A comment following the Trout post, from Bergin Gray, a young woman from Bray reads, “To the people saying ‘it’s just a book’ ‘it’s fiction’ is it really, if it’s happening in everyday life for people? He stalks her and grooms her and makes her do things she wasn’t comfortable with in the first place. This could be an everyday occurrence for people, so it’s not ‘just fiction’ this book is just romanticising sexual abuse.” 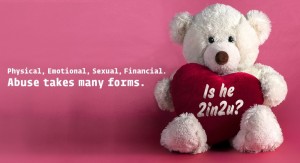 Speaking to CatholicIreland.net, Christina Sherlock from Women’s Aid said it was not planned that the 2in2u campaign would happen at the same time as the Fifty Shades ‘phenomenon’.

She did not wish to comment on the movie, but admitted that presenting Fifty Shades as ‘romance’ and ‘to be desired’ was troublesome.

The Women’s Aid 2in2u campaign is backed by Irish Girl Guides, which has 12,000 members in Ireland.

“It is vital that any girl or woman who is experiencing abusive behaviour, whether that be physical violence or controlling behaviour, reaches out for support and talks to someone,” said Jenna Goodwin, a 25-year-old Guide leader from Lucan.

2in2u also focuses on stalking, which a recent EU-wide study on violence against women showed affected 12% of Irish women and girls over the age of 15, with half being stalked, physically and online, by a partner or ex.

Women’s Aid recommends that a specific stalking offence be introduced in Irish law, with a comprehensive but not exhaustive definition, including new forms of cyber-stalking, and that stalking be recognised as grounds for a safety order.