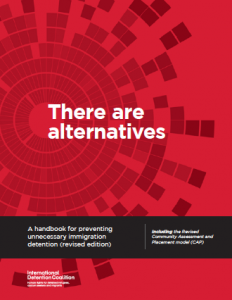 A number of humanitarian bodies have expressed concern over the use of detention instead of reception in new approaches to dealing with emigrants and refugees, such as the EU-Turkey agreement.

One such body, the Jesuit Refugee Service (JRS) Europe, was at the launch of new research by the International Detention Coalition entitled ‘There are alternatives’.

Speaking at the event, JRS Europe policy and advocacy officer Mark Provera highlighted that the updated There Are Alternatives report is as relevant today as it was when first launched in 2011.

It builds on the extensive body of research that JRS has conducted in the past on detention and alternatives to detention.

He stated that the implementation of new approaches in an emergency context, like the establishment of “hotspots” and the EU-Turkey agreement, have both  raised concerns regarding use of detention as a means of registering, relocating or returning people. 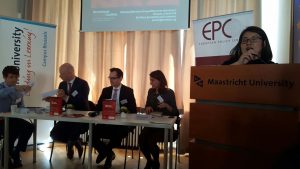 Speaking to Vatican Radio Mark Provera said, “The recent agreement between Brussels and Ankara is an extremely unjust one. This is not about protection, it’s about deterrence.”

He explained that forced migrants, seeking protection, fleeing violence in their own countries, are quickly assessed when they reach the Greek island, with the view of having them return to Turkey.

Also for every Syrian returned to Turkey from Greece, another – completely different Syrian – will be admitted to an EU member state in what is called the one-for-one deal.

He voiced the concern of JRS that the EU has abandoned providing safe and regular channels for refugees to reach safety in Europe.

Every person has the right to apply for asylum and have their application individually assessed regardless of race, religion or nationality.

Open centres, which had been called ‘hotspots’ in European policy language, have now been turned into detention centres.  He said this is particularly troubling as such decisions can only represent a last resort.

He urged European governments to rethink not only the legality of this deal, but their commitment to honour their international and their moral obligations to protect some of the most vulnerable people in the world.

“We would like to see that all asylum seekers arriving on EU territory have full and proper access to the asylum procedure and that their claims are assessed properly in accordance with international and European law,” he said.

“By bartering people as mere numbers we forget there are individual people involved in very perilous and vulnerable situations; we forget why people are needing protection and why they are leaving their countries in order to seek protection in Europe,” he said.

Yesterday (26 April) news was emerging that Turkey sent a letter to the European Commission stating it will pass laws to boost the asylum rights of non-Syrians sent back from Greece.

The Brussels launch of the updated report was part of a policy seminar organised by the European Policy Centre together with Maastricht University and the International Detention Coalition.

There Are Alternatives highlights the many options there are apart from detention. These range from open accommodation in the community with minimal supervision right through to intensive supervision and case management.

Having studied over a five year period the practices throughout the world, the report found that alternatives to detention are up to 80% cheaper to run.

Another benefit is that the alternatives are less harmful than detention and the refugees are better placed to move forward with their lives once their status is resolved.

The report also found that the alternatives achieve up to 95% appearance rates (ie they turn up at their hearings), and up to 69% voluntary and independent return (to country of origin) rates for those refused asylum.