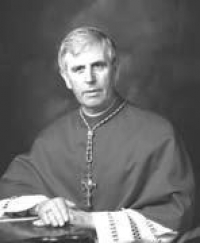 Archbishop Eamon Martin has offered condolences and prayers following the death of Bishop Francis Lagan, describing him as “a strong advocate for peace and reconciliation, having witnessed first-hand the terrible violence and heartbreak endured by people during the Troubles.”

Bishop Francis Lagan, RIP, was the retired auxiliary bishop of the Diocese of Derry and passed away on the feast of Saint Columba (9 June 2020).

Archbishop Eamon Martin, President of the Irish Catholic Bishops’ Conference, said: “He also understood the joys and struggles of his brother priests who often had to minister in the midst of great challenge, grief and community unrest.”

The Archbishop recalled that as a newly ordained priest he spent a few months with Bishop Lagan in the parish of St Mary’s, Creggan.

“He was held in high regard by the priests, religious and people of the diocese and it was no surprise to us when he was appointed as the first Auxiliary Bishop of the Diocese to assist Bishop Edward Daly and later Bishop Seamus Hegarty. He undertook this role with humility and dedication to service,” stated the Archbishop.

During his time in the Bishops’ Conference, Bishop Lagan was well informed on issues such as education, catechetics and pastoral renewal.

“Bishop Lagan had a keen insight into the reality of people’s lives and he never failed to bring his extensive pastoral experience to bear on discussions at the Bishops’ Conference table,” stated Archbishop Martin. 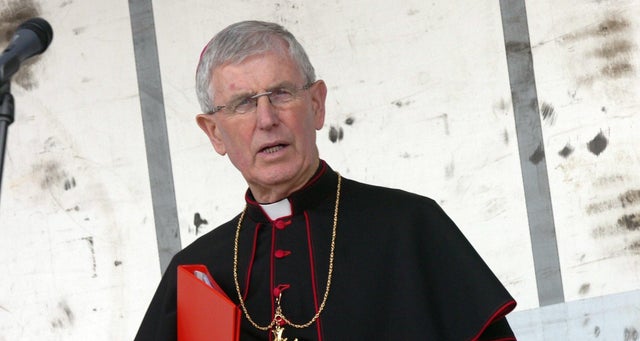 Bishop Lagan was a teacher in Derry and Carndonagh, where he taught young people about the faith and encouraged them to make the most of their gifts and education. He shared this message with the thousands of young people on whom he conferred the sacrament of Confirmation over the years. Bishop Lagan also had words of wisdom and reassurance for priests, especially in times of difficulty.

“In my last visit to him in hospital at Christmas time, despite his own illness and frailty, he went out of his way to ask about me and to encourage and wish me well. His parishioners likewise found him to be sincere and welcoming, a man of prayer and a warm and understanding confessor,” stated the Archbishop.

The Church of Ireland Bishop of Derry and Raphoe, the Rt Rev Andrew Forster, offered condolences to the Catholic Diocese of Derry. In a statement he said: “Bishop Lagan was a faithful servant to the Roman Catholic Diocese of Derry. He was a gifted pastor and distinguished educator, who will be remembered most of all, perhaps, for his great gentility and kindness to all.”