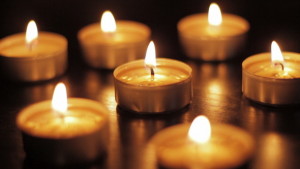 Tributes have been paid to the Irish-born former Papal Nuncio to Rwanda, Ethiopia and New Zealand who died on Sunday.

Archbishop Thomas White was a priest of the diocese of Ossory.

He was Nuncio in Ethiopia in 1983 and during his six years in the country he witnessed three terrible famines which he said changed him for life.

As head of the diplomatic corps in Ethiopia at the time, he was responsible for coordinating the contributions of many countries and charities to counter the effects of famine.

The endless struggle to help the starving people eventually took its toll. He suffered a heart attack in 1988.

In a statement on Monday, Mgr Michael Ryan, Administrator of the diocese of Ossory, said it was with “deep sadness” that he had learned of the death of Archbishop White.

Archbishop Thomas White was born on 12 August 1931 to William and Bridget White. He was one of a family of five.

After his early education at Cullohill National School in Co Laois, he progressed to St Kieran’s College in Kilkenny.

While there, Thomas enjoyed outstanding academic and sporting successes and he was part of the College’s senior hurling team who won Leinster Championships in 1949 and 1950; he was also chosen for the Leinster interprovincial schools hurling team in 1950.

He studied for the priesthood in St Kieran’s College and later in Rome and was ordained for Ossory on 25 February 1956.

Released by Bishop Patrick Collier from a commitment to teach canon law at St Kieran’s, the newly ordained Fr Thomas spent the next two years at the Pontificia Accademia Ecclesiastica in preparation for a career in the diplomatic service of the Holy See.

In 1960, after graduation, Mgr White was sent as Secretary to what was then the Apostolic Delegation of Eastern Africa, covering territory from Kuwait to the Zambezi, headquartered in Nairobi, Kenya to work alongside Archbishop Guido del Mestri.

For the next five years, much of his time was taken up with preparing for decolonisation in Kenya, Uganda, Tanzania, Zambia, Malawi and the Seychelles, and the eventual establishment of separate Nunciatures in each of these countries after independence.

In 1965 he was transferred to the nunciature in Guatemala where the Head of Mission was also Nuncio in El Salvador.

It was a time of great political upheaval in Central America and the local Church was often in the forefront of the struggle to obtain fairer treatment for the poor campesinos.

In 1967 Mgr White moved from Central America in Colombia. Most of his first year there was spent on the arrangements for the visit of Pope Paul VI in August 1968 for the Eucharistic Congress in Bogotá and the Plenary Assembly of the Latin American Bishops in Medellín.

In 1970 he was posted to Switzerland as Counsellor of the Nunciature in Berne and also acted as Observer of the Holy See at various United Nations and other International Agencies in Geneva.

In 1974, following two years in administration work at the Secretariat of State, he received his first effective Head of Mission appointment as Chargé d’Affaires in the Apostolic Nunciature for China.

His appointment coincided with the Cultural Revolution and as the Nunciature had to leave the mainland following the Communist takeover, he fulfilled his responsibilities towards China and the underground Catholic Church there from Taiwan, Hong Kong and Macau.

In 1978 he was ordained as Titular Archbishop of Sabiona and returned to Africa, this time as Apostolic Nuncio in Rwanda.

After six years in Ethiopia, he was asked in 1989 to serve in New Zealand.

Attached to this was the Apostolic Delegation for Oceania, involving problems of distance and communication in that vast territory embracing practically all the island states of the Pacific Ocean.

Shortly after his arrival in Wellington, he presented his credentials to Queen Elizabeth II who was there for the Commonwealth Games.

The Archbishop was only the second Irishman in the history of the Church to have served as a papal nuncio in a country where he did not already hold an episcopal rank.

After his retirement from the papal diplomatic service in 1996, Archbishop White carried out several important missions for the Vatican Secretariat of State, including liaison work with the church of the Syro-Malabar rite in India.

Following his retirement, Archbishop White lived in Blackrock, where he continued to consult on Church matters.

Later he moved to St Kieran’s College to be close to his family. More recently he moved to Gowran Abbey Nursing Home.