Home > News > Deaneries in Kildare and Leighlin cut by half

Deaneries in Kildare and Leighlin cut by half 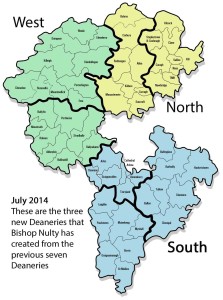 Bishop Denis Nulty has announced extensive changes to the structuring of the Diocese of Kildare & Leighlin as he comes to the end of his first year as bishop there.

These changes will see the consolidation of the diocese’s seven current deaneries into three new deaneries.

The North, South and West deaneries will incorporate 56 parishes.

Another significant change is that the official appointments list will apply to permanent deacons in the diocese.

Bishop Nulty paid tribute to the seven recently ordained permanent deacons and said they have already made a significant contribution to the life of the diocese.

On Wednesday, the bishop announced new appointments for deacons, priests and diocesan vicars, as well as the retirement of three priests. 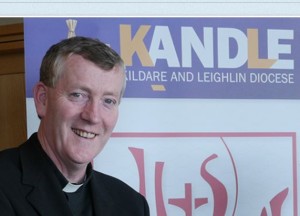 Having spent his first year among the people, the religious and priests of the diocese, he said the changes “reflect the unfolding pastoral reality in our diocese.”

He suggested that the three new deaneries would provide a good platform for ongoing renewal into the future.

He thanked the three newly appointed vicars who have taken on leadership along with Mgr John Byrne.

For the first time ever there will also be a full-time Vocations Director, and a Vicar to support and care for Priests.

“The full–time Vocations Director will be responsible for actively promoting vocations to the priesthood and the permanent diaconate.

The Vicar for support and care for priests is an appointment which is aware of the expectations that are continuously being made of priests in pastoral ministry today Bishop Nulty said.

A Vicar has also been appointed to coordinate the challenging area of education and evangelisation in the diocese.

All the new appointments and new changes come into effect on 1 September 2014.