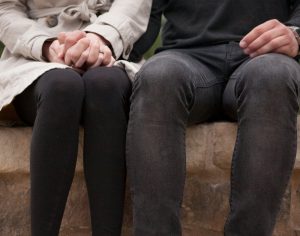 Research by the UK-based Marriage Foundation has revealed that married couples who go on an occasional date night have 14 percent lower odds of their relationships breaking down.

When date nights became a weekly event they lost their benefit.

Eleven percent of couples who had date nights once a week or more often were no more likely to stay together than those who never made time for date nights at all, suggesting a degree of spontaneity is a key ingredient in a successful date night.

Commenting on the report, a specialist in marriage and relationships counselling with Accord (the Catholic Marriage Care Service) said that it was healthy for a couple to identify, in advance, space and time to be together in order to maintain and enrich their relationship.

“As contemporary couples are so invested in their busy family and working lives, it is critically important to etch out and plan for time together so as to appreciate each other’s company,” Mary Johnston told CatholicIreland.net.

“It is, of course, for each and every couple to determine when best suits them to spend time together in the context of other responsibilities in their lives. This is no mean feat when the care of children and maintaining a home and family life are factors, but nonetheless it is worth the effort and has the potential to pay dividends in terms of healthy and satisfying relationships.”

Many couples who look for help in their relationships have communication problems. 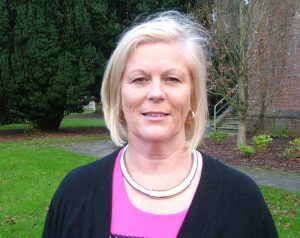 Mary Johnston, Specialist in Counselling, Accord.

A couple’s work schedules, family and other commitments and circumstances will influence how much time a couple spend together.

“It is important for couples to be mindful of keeping their relationship healthy throughout their lives together.”

What a couple does on a date night is not particularly important.

“Some might like to socialise, some may have common hobbies and interests and some might take turns in partaking in each other hobbies/interests. It is good for relationships when couples can talk and share with one another about all the things they would like to talk to one another about.”

Ms Johnston said that if a couple needed to talk about a sensitive or difficult matter, it was important to chose a time and place where they could listen well to each other and have “the appropriate time and privacy to do so”.

“So for cohabiting couples, on average, date nights make no difference whatsoever,” said the authors.

The Marriage Foundation research found that the highest predictor of whether a couple would stay together or split up was marriage.

The odds of married parents splitting up were 57 percent lower than for cohabiting parents. Relationship quality also plays an important part, independently of marriage.

The odds of splitting up among couples who agreed that their partner was “sensitive and aware of their needs was 43% lower than those who neither agreed nor disagreed”.

Other important components keeping couples together were education – with graduates having a statistically lower odds of breaking up and age, with a general tendency that the older the couple the greater the chance of staying together.