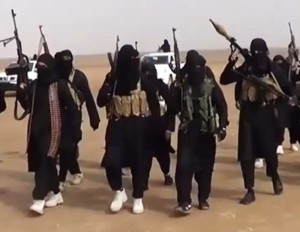 The international community must unite to take action to stop arms getting to Isis as the first step towards bringing peace in Syria.

So said Giovanna Maria, a religious, who lived in Syria for twelve years only leaving the region some months ago.

Giovanna has been on sabbatical in Ireland but will shortly leave the country.

“Immediately following this cut off of arms to Isis, talks should begin involving all concerned parties, including Russia and the United States” she told CatholicIreland.net

Giovanna addressed a small group on the topic ‘Life in Syria’ in Kildare on Friday night, tracing the region’s rich history.

Damascus, made famous by St Paul due to his extraordinary conversion there, was the second Christian city, in the history of Christianity.

It still contains many significant sites, like the Church of Ananias (built underground), the Via Recta (where Paul was lead to Ananias to receive back his sight) and a sarcophagus in a Moslem Mosque, containing the relics of the head of John the Baptist.

For centuries the area was Christian but in the 7th century, Moslem expansion into the region made Damascus an important Islamic centre and gradually Syria became a Moslem state. It was part of the Ottoman state until 1921, and then a French protectorate.

In 1947, the country became an independent state, but immediately a power struggle ensued, explained Giovanna.

In 1970 Syria became a military dictatorship when Colonel Hafez al-Assad took power. He was part of the Alawite branch of Islam which has the same roots as the Shias. They are a minority Moslem party viewed by Sunni Moslems as heretics. 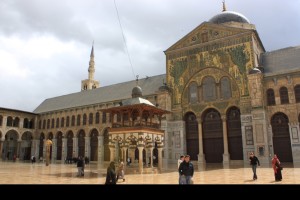 “He wanted to bring the Arab nationality back to the Middle East, a cooperation between Arab States. The Arab Socialist Ba’ath Party was a secular party. It was not concerned if a person was Christian, Moslem or Druze, the most important thing was to be Arab.”

The distinction was to be between Arabs and the Colonial West – not the ‘confessions’ making up the Syrian state.

Assad’s son Bashar, who took power in 2000 continued along the line established by his father.

“I remember one day a teacher friend told me that a child in the school had complained ‘That Moslem hurt me’. To his surprise, the boy was brought to the principal who told him ‘You are not Moslems or Christians – you are Syrians’,” Giovanna told CatholicIreland.net.

Giovanna arrived in Syria in 2003. At the time the country was seen as one of the safest countries in the world, “safer than where I had come from in Turin,” she told the audience.

Demonstrations at the time in the coastal towns resounded with slogans like “Alawites in the tomb. Christians to Lebanon”.

Presented by international media as some kind of ‘reform’ to Bashar Assad’s party, Giovanna said that the rebels were Sunni radicals or members of the Moslem Brotherhood. Democracy and human rights were not on the agenda.

In the Syrian parliament there was a moderate opposition party which sought political reform without violence or confessionalism but “immediately they were put to one side” and money was given to the more extreme Muslim Brotherhood and other fundamentalist groups.” 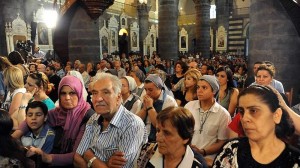 She spoke movingly of Christians who had chosen to remain in the area, ready to give their lives. When the war was at its height, she was in Aleppo.

“I used to remind myself of Jesus’ words ‘Love your enemies”. One friend who had been offered safe passage and work for himself and his family in Lebanon chose instead to remain, and now works with a solidarity group feeding 5,000 people each day. “The Christians are truly heroic,” she said.

Giovanna said that the very extreme ISIS (Islamic State) which has emerged is the best organised and armed army of the region. They have better arms than “the Syrian state or Kurdish rebels”.

She appealed to everyone to pray for Syria and the Middle East and said that even the Moslems in the region (many of whom do not support the radical fundamentalists) were moved by Pope Francis prayer campaign. “My faith is first of all in prayer,” she concluded.