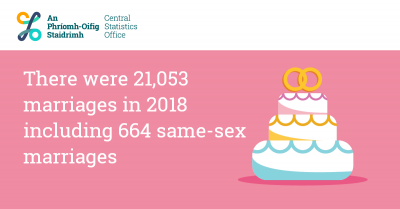 David Quinn of the Iona Institute said that church marriage is becoming less popular in Ireland. “Our marriage rate is now on the lower end in the EU,” he told CatholicIreland.net. “It would be quite wrong to say marriage is in rude good health in Ireland. It is not.”

He added that the numbers of civil ceremonies compared with religious ones have been going up steadily over the last number of years as Ireland becomes more secular. Another factor in this is that some people who have a civil ceremony have divorced and are getting married for the second time so marriage in the Catholic Church is not open to them.

The current trend of having the marriage ceremony in the hotel or venue – and the reception in the same place – means that some people might not be simply rejecting a religious marriage ceremony but are choosing the convenience of just one venue. 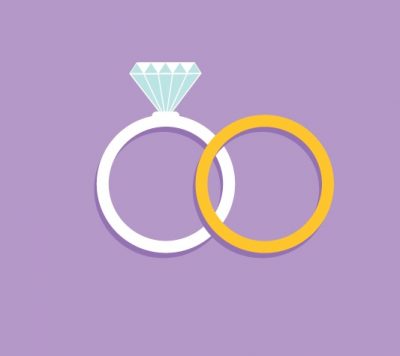 There is a continuing trend of people getting married at an older age, David Quinn stated. There are several reasons for this – they need to save a lot of money to buy a house or to have their dream wedding.

“Probably the biggest factor of all is that people now see their 20s as the decade of freedom, not of settling down,” said David Quinn. He points out that over the last 30 years the average age at which people marry has increased by 10 years.

“That has a big impact on fertility rates,” he added. “It is having an effect on the numbers of children being born.”