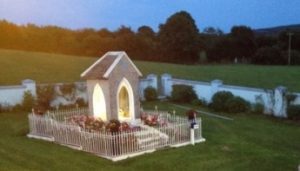 Six hundred people are attending the annual novena at the rural Ladywell shrine in Laois each evening.

Up to 1,000 attended the 15 August Mass on the Feast of the Assumption, just ahead of the start of the Novena which began on Wednesday 31 August and continues until Sunday 8 September.

The popular outdoor shrine has been enjoying the recent warm weather and sunshine which has brought out the crowds.

“We are holding our own. We had a great year with the weather last year, and this year is much the same apart from Sunday night – that was the first wet night. Our crowds are holding up well. We get 500 to 600 a night. So that is good,” said John Mooney, Secretary, Ladywell Committee.

Less younger people are attending not least because many have left the rural locality for city work or have emigrated.

“We are down in numbers with the young people – anyone under 30 years of age is non-existent at the present. We notice it big-time over the last three or four years. We just don’t have the younger crowd, but thank God we have the numbers we have,” he told Catholicireland.net.

Fr Liam Lawton is officiating on Wednesday 7 September. Fr Lawton is well known for his music and he tours far and wide for concerts and workshops.

He is no stranger to the Ladywell Novena having attended in 2013. He is also attached to the Graiguecullen / Killeshin parish close to Carlow town. 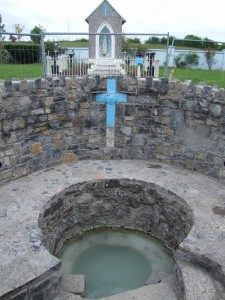 Each evening there is either Mass with a guest priest, or rosary, a talk or sermon from a guest speaker and benediction.

Mass on the concluding night, Thursday 8 September, is celebrated by Fr Eamonn O’Gorman the new parish priest of local parishes Ballyragget and Conahy.

John Lonergan, former governor of Mountjoy Prision, was among speakers this year.

On the evening of 15 August the Mass was concelebrated with local priests and Mgr Michael Ryan, who has taken up the role of administrator in the diocese of Ossory since Bishop Freeman’s retirement.

Details the history of this Marian shrine and ancient well are recorded in a booklet by father and daughter team, Julie and Dermot Dorgan.

Julie Dorgan is very involved in the local parish of Ballyragget and helps at the shrine during the novena. 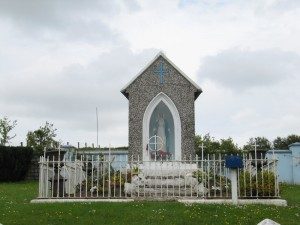 She explained that the tradition of attending at Ladywell, especially in August to September, goes back generations.

People come from Tipperary, south Kilkenny, and all the surrounding counties.

As well as the novena, many visit the shrine during the day or when it is quiet Julie Dorgan explains that Ladywell is not just about the crowds, as by day it is one of the most peaceful places.

Her father, Dermot Dorgan, who has looked into the history of Ladywell said that it is one of the holy wells that has survived.

There is a tradition of visiting wells going back hundreds of years and the devotion around Ladywell has developed over the years from small minor gatherings a century ago to bigger crowds now.

It is not associated with ‘cures’ or miracles but people do like to take water from this holy well.

Although only a short distance from the town of Ballinakill, Ladywell is in the parish of Ballyragget and the Diocese of Ossory.

The Novena and guest speakers were introduced  to Ladywell in 2001. For more information: www.ladywell.ie