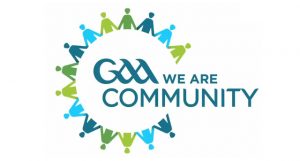 For many Irish emigrants, being part of an international GAA club is a way to remain connected to Ireland while settling into life abroad, a spokesperson for Crosscare’s Migrant Project has said.

Sarah Owen, Irish Abroad Networking Officer with Crosscare Migrant Project, explained that the social aspects of the GAA club are of “particular benefit to recent Irish emigrants, contributing to a sense of belonging and promoting well-being when far away from friends and family”.

Crosscare recently launched new survey findings collated from over 80 GAA club officers around the world which show that international GAA clubs are increasingly providing a vital network of support to Ireland’s emigrants around the world.

According to Crosscare’s Migrant Project, this research aims to inform intending and returning Irish emigrants of the welfare issues to consider when moving abroad or on return, and highlight issues of concern for recent emigrants.

On Tuesday, new figures from the Central Statistics Office showed that 21,100 Irish nationals moved back to live in Ireland in the past year, that is up from 12,100 the previous year.

Among the barriers to return, emigrants identified employment as the most important factor in deciding to return to Ireland.

This was followed by high cost of living and changes to lifestyle, and concerns about getting visas for non-Irish spouses or partners.

Respondents advised future emigrants to research their destination country before departure, prepare as much as possible with savings, employment, accommodation, and by making connections with Irish living there or local GAA clubs, be prepared to take time to source a job and accommodation and learn the language if moving to a non-English speaking country.

According to GAA Director of Games Development, Pat Daly, this partnership between the GAA and Crosscare which gave rise to the research is intended to help minimise the “vulnerabilities for people who are emigrating from Ireland or who may be returning home under difficult circumstances”.

She said one of the more interesting findings was the advice to people pre-departure to try and develop support networks both before leaving and on arrival and the advice to contact GAA clubs before emigrating. “We hadn’t realised how useful emigrants found their local GAA clubs or the people they met through them,” she said.

While the figures indicate that some people are deciding to return, others are remaining where they are.

According to Danielle McLaughlin there are many reasons people decide to stay and they are often linked to positive things like being in a relationship or having a job that’s professionally fulfilling.

“However, some people are worried about problems they might face when they come home – such as getting immigration permission for their non-EU spouse or partner, or not having qualifications and experience gained abroad recognised here.”

She underlined that GAA clubs around the world have hugely different capacities and approaches.

“We would guess that in countries in places like the Middle East where Irish people find it harder to integrate (for many reasons, including language, culture, etc.) then it can play a big role in helping with social isolation.”

She continued, “Not all GAA clubs necessarily see new Irish emigrants – some of them might have no emigrant members at all.  But some of them do play a huge role in helping people to settle in and overcome challenges.”

“We’re interested in seeing which ones are most in touch with emigrants, especially new arrivals, and what lessons other organisations, including our own, can learn from their approach.”

Asked if emigrants increasingly prepared when they move overseas, the Crosscare Policy Officer said the availability of information about a country or an area has increased hugely.

“So we would consider more people are much better (or can be much better) prepared about the practicalities of getting settled in the country they are going to. There are also various Facebook groups (such as Irish Families in Perth) that can be great sources of local information.”

But she added, “However, they may not be as well prepared emotionally. We did research in 2015 that showed how differently emigrants react to their experiences, and developed a microsite resource based on the responses from 500 recent emigrants to help people planning to emigrate to think about the emotional and mental challenges they might face – www.mindhowyougo.ie.”

The full report entitled ‘Irish emigrant perspectives on emigration’ is available at http://bit.ly/2b86AzT