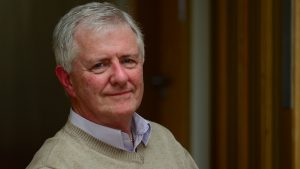 A prominent Jesuit theologian has said post-Catholic Ireland need not fall prey to the dominant trend of de-institionalisation and individualistion and he has argued that a synodal form of Church at all levels is urgently needed to salvage the faith here.

Writing in La Civiltà Cattolica, Fr Gerry O’Hanlon examines where the Catholic Church in Ireland is today in the wake of the dramatic decline in its reputation and fortunes. He also looks at where its future potentially might lie.

The former Jesuit provincial warns that without a serious commitment to reform and renewal, an extra-institutional religion that is practised with vitality only outside the institutional Catholic Church, and an institutional remnant that is culturally irrelevant, seems the likely future.

“The crisis is so grave that we need ‘all hands on deck’, we need to come together to tap into all the resources available – clerical and lay – to find a way forward,” he comments.

Referring to other studies on the state of play of the Church in Ireland, Fr O’Hanlon notes that many Catholics have “long since abandoned the institution – its princes, priests and politics – and are choosing to interpret the faith according to their own conscience.

“With the new emphasis on personal conscience as opposed to magisterial teaching, this is sometimes referred to as the ‘Protestantisation’ of the Catholic Church in Ireland.”

He highlights that Pope Francis is giving a pointer to a different model of Church to that which prevailed in Ireland in the past and which is based on “deeper conversion to Jesus Christ, missionary in its approach to the great issues facing humanity and our world, respectful of both personal conscience and Magisterium, and entailing a synodal form of Church at all levels.”

He urges the Irish bishops to give leadership on this.

Outlining how a synodal Church would function, he describes “a papacy exercised in collegiality with fellow bishops, diocesan commissions, councils and regular synods appropriately representative of all the baptised, parishes with representative parish council”.

He quotes theologian Susan Wood, who has written that the baptismal call to laity for active participation in the Church “… is not a democratic principle but a liturgical one and, when applied to ecclesial life, it suggests a theology of conciliarity and synodality inclusive of laity”.

Fr O’Hanlon underlines that synodality would not denigrate the specific role of pope and bishops as authoritative ecclesial teachers.

“Rather it is to retrieve the notion that Magisterium functions best in reality when it is part of a three-fold process in which bishops engage discerningly with theologians and the ‘sense of the faithful’ (in particular those who are poor and including the popular devotion of the faithful).”

He also observes that the recent Synod on the Family, “in a modest but real way, illustrated how thorny matters can be discussed, often with considerable conflict and disagreement, and still with a discerning love which resulted in concrete results for the situation of the divorced and remarried in particular.”

Similarly many women and men will have been encouraged by the establishment of a Commission to study the issue of female deacons, in response to considerable representation on the issue.

“The recent Synod in Limerick fits into this evolving framework: it enabled a deeper renewal and conversion within the Diocese, part of which was due to the skilled and prayerful way in which open debate was allowed to flourish.”

Of the traditional Catholicism which once dominated the Irish Catholic landscape, the Jesuit theologian suggests it is now being superseded in Ireland.

“It was a defining characteristic of Irish nationalism and identity, with a ‘monopoly on the Irish religious market’, a strong relationship with state power, elevating the status of cleric to extraordinary high levels and emphasising the evils of sexual sin.

“This was Catholicism with high levels of religious practice, a stress on rule-keeping and sin, a strong ethos of sacrifice and delayed gratification, a familiarity with austerity and a hope for fulfilment in the after-life. It was characterised by a deep popular devotion featuring the likes of the rosary, benediction, sodalities, indulgences and processions. It provided comfort and fuelled the spiritual and ethical imaginations of its adherents, and had a deeply committed, global missionary outreach.”

However, its anti-intellectual nature meant that it was ill-prepared for the challenges posed by a late-emerging modernity in Ireland.

Of the abuse scandals, the Jesuit suggests that episcopal and ecclesial authority and reputation were fatally damaged among a large segment of the population by the revelations of various clerical scandals (most notoriously the sexual abuse of children by clergy) in the 1990s and the first decade of the new millennium, and the initially poor handling of these scandals by those in authority as revealed in a number of scathing public enquiries and reports.

“While these reports were often characterised by a lack of historical context and socio-cultural analysis, the egregious crimes they noted were undeniable and the effects were devastating.”

During this period, while the figures of those self-identifying as Catholics remained high (84 per cent identified as Catholic in the 2011 Census, in contrast to a peak of 94.9 per cent in 1961), religious practice, particularly among young and working-class people, declined (Mass attendance, for example, declined from 91 per cent in 1971 to 35 per cent in 2012, according to some estimates) and it became clear also – as admitted by the Irish bishops themselves as part of their response to the recent Synod on the Family – that increasing numbers of the faithful found difficulty with Catholic teaching in areas of sexuality and gender.

“Women in particular – the back-bone of the Irish Catholic Church – have long felt invisible and marginalised in their church, and in a culture which is increasingly influenced by feminism and ideas of equality this has seemed unconscionable to many.”

The Letter of Pope Benedict to Irish Catholics in the wake of the sexual abuse crisis and the subsequent Apostolic Visitation of Seminaries and Institutions of Formation, “while undoubtedly well intended and welcome, were widely felt not to have hit the mark and to have had a demoralising effect”.

“In this testing environment the Irish Episcopal Conference has found it difficult to respond in a way that shows confidence in its ability to supply the strong and wise leadership that is required in a situation of crisis.”

He warns that “Real conversion is required here: Irish Catholicism runs the risk of becoming cultural Catholicism only, devoid of personal conviction, a far cry from the universal call to holiness of the baptised articulated by the Second Vatican Council and the well-known post-conciliar, prophetic call of Karl Rahner that the Christian of the future needed to be a mystic.”

We are faced then, in Ireland, with the increasing cultural reality of a ‘God who is missing but not missed’, of a culture that is betimes indifferent and hostile to Christianity and, in particular, to the institution of the Catholic Church.

“The challenge is to re-awaken the need for salvation and the Good News of the Gospels within a culture which experiences no such need.”

It will be part of the mission of the Irish Church of the future to take seriously the intellectual and educational challenge involved in the development and communication of a new language of faith more attuned to modern ears, and perhaps the increased emergence of theology in the setting of the university is a hopeful sign here.

What is common to these approaches is a conviction that far from being a fear and rule-based religion, buttressed by a kind of blind and unquestioning conformity to formal authority, Catholicism is essentially (and can be in reality) a liberating reality, that, to use a perhaps surprising term, the gospels are (before their time) truly documents of radical Enlightenment, showing a way to the kind of love that is not illusory, self-created or oblivious of human suffering and evil – the joy of the gospel.

For this reality to be seen as liberating requires ongoing and open dialogue and conversation with our culture, in order to be sensitive to where the Good News of God’s merciful love in Jesus Christ can resonate with human need and desire.