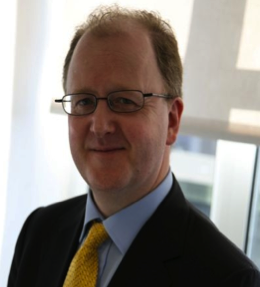 The Board of the Catholic Primary Schools Management Association this week announced the appointment of Seamus Mulconry as the CPSMA’s new General Secretary.

Co Clare native, Seamus Mulconry, is a former primary school teacher and was a policy advisor to TD Damien English who was Minister of State at the Department of Education and Skills in the last Government.

He is also a former executive director of Philanthropy Ireland, the Association for Trusts and Foundations in Ireland, and a former director of Public Affairs with Edelman PR.

Mr Mulconry will take up his appointment on 20 June 2016.

His role will involve assisting the Board of the CPSMA in crafting and implementing the Association’s strategy, and ensuring that it continues to play a positive, supportive and constructive role in the development of Catholic Primary Education in Ireland and assisting patrons and boards in the management of their schools.

He supported the work of Minister English who delivered two key national strategies namely ‘Innovation 2020’ and the new ‘National Skills Strategy’ as well as doubling in the number of apprenticeship schemes available in the Further Education and Training sector.

Seamus, who was a volunteer with the International Eucharistic Congress in 2012, was educated at St Joseph’s Convent of Mercy, Kilkee and St Patrick’s College, Drumcondra.

He is married to primary school teacher Bernadette O’Byrne who teaches in St Patrick’s National School, Wicklow, where both their children Torna (13) and Senan (11) were educated.

In a statement, the Board of CPSMA said it wishes “to express its appreciation to Rev Dr Tom Deenihan, who has been the Association’s General Secretary for almost three years and who has brought enormous energy and commitment to the role while also holding demanding positions as Diocesan Secretary and Diocesan Education Secretary in the Diocese of Cork and Ross.”

“Seamus’ experience as former director of Philanthropy Ireland, along with his more recent work as policy advisor to Minister of State Damien English in the Department of Education & Skills, will greatly support boards of management and principals of Catholic primary schools as they seek to meet the many challenges involved in the management of our schools,” Martin Hanrahan said.