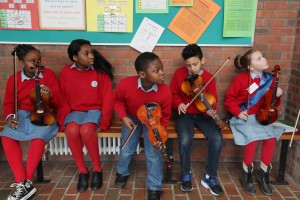 The co-founder of the Association of Catholic Priests in Ireland, Fr Brendan Hoban, has hit out at efforts to force the Catholic Church divest patronage of its schools, particularly where parents are opposed to the move.

Writing in his weekly column in the Western People, Fr Hoban criticised the media pressure on the Church over its patronage of the vast majority of primary schools, highlighting that Catholic parents often refuse to hand over schools which they have paid for and which they want to keep and are very happy with.

Fr Hoban’s concerns follow those voiced by a leading catholic theologian over the proposed introduction of a new programme on religion, beliefs and ethics for primary schools which he said will require denominational schools to teach a secularist understanding of religious faith.

Professor Eamonn Conway of the department of theology and religious studies at Mary Immaculate College in Limerick warned that the new programme will be mandatory even for faith schools.

In an address on ‘The Future of Denominational Education’ hosted by the Iona Institute, Professor Conway said that given the limited teaching resources and time in schools, “its introduction in faith-based schools will undoubtedly adversely affect religious instruction and a faith-based school’s characteristic spirit.”

The Department of Education confirmed that the National Council for Curriculum and Assessment (NCCA) is developing a curriculum for ‘Education about Religions and Beliefs (ERB) and Ethics’ for all children attending primary school.

A spokeswoman said each school patron has a right to develop a programme for religious education that supports and contributes to the ethos of their school and that the ERB & Ethics curriculum will be in addition to, and not a replacement for, existing religious education programmes.

A consultation paper which will form the basis of discussion with patrons, education partners and practitioners on the proposed programme has been launched.

On Wednesday, the General Secretary of CPSMA, Fr Tom Deenihan, said that his organisation would participate fully in the NCCA consultation in relation to education about religions and beliefs and ethics.

Fr Deenihan said that it was important to note that this was the beginning of a consultation process and that no recommendations had yet been made.

He acknowledged that there was concern about some commentary in relation to the launch of the consultation.

“In this context it was important to stress the NCCA documentation which said that Education about Religions and Beliefs and Ethics is separate to the religious education programme and ‘is in no sense intended to replace the patron’s programme or faith formation’,” he said.

Fr Deenihan added that it had been consistently shown that Catholic schools throughout the country are amongst the most inclusive in terms of not just religion but also nationality, ethnic and social background and academic ability.

The CPSMA is a recognised school management association and represents all the boards of management of the over 2,900 Catholic primary schools in the Republic of Ireland.

The CPSMA spokesman  added that this was as it should be and that Catholic primary schools would participate fully in this process. He encouraged school Boards of Managements to contribute to this process.

At its meeting on Wednesday in Maynooth, the Council for Education of the Irish Bishops’ Conference also discussed the launch of the consultation process by the NCCA on Education about Religions & Beliefs & Ethics.

Bishop Brendan Kelly of Achonry, who is chair of the Council said, “The NCCA and the Report of the Forum on Patronage and Pluralism in the Primary Sector both emphasise that ERB & Ethics is not intended to replace denominational religious education.”

“Rather it is intended to deepen awareness of various faiths and ethical approaches in all primary schools in the light of the growing diversity of Ireland’s population.”

The Bishop added that, “Catholic schools have been leaders in areas such as social inclusion, special needs and traveller education.”

“I encourage all of the partners in Catholic schools to participate in the NCCA consultation so that their experience and expertise may inform this process,” Bishop Kelly said.