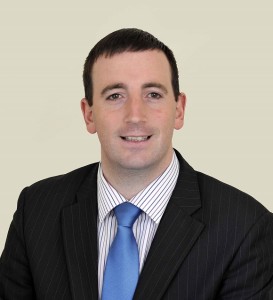 A Roscommon councillor and former Fianna Fáil election candidate has given his full support to his bishop’s call for the banning of church gate collections.

Speaking this week, Cllr Ivan Connaughton, who finished runner up in the recent Roscommon by-election, said he fully backed the Bishop Kevin Doran of Elphin’s call for an end to church gate collections by political parties.

Last week Bishop Doran said that these fundraising efforts showed a “lack of respect for people’s faith” and of “common decency”.

He also called for political parties to immediately cease the practice.

Speaking to CatholicIreland.net, Cllr Connaughton said it is a stance he fully supports.

“I see where the Bishop is coming from. There are church gate collections virtually every week outside churches and it is a contributing factor in people not attending Mass.”

“And for political parties that are already funded by the State to be present collecting at church gates just does not seem right to me.”

Cllr Connaughton, who was recently elected as the new chairman of the Athlone Municipal District, also urged his own Fianna Fáil party to lead the way on this issue.

“I think Fianna Fail should lead by example on this issue. There are many other ways of fundraising and showing a presence in communities through Roscommon and Galway without having church gate collections.”

Speaking specifically about his own party, Cllr Connuaghton said that he never approved of this method of fundraising.

He added, “For example, in my own case, I have refrained from holding a church gate collection at my home village of Athleague for the past number of years.”

Cllr Connaughton, an auctioneer by profession, ran for the party in the 2011 general election but lost out to Luke ‘Ming’ Flanagan – backed Independent Michael Fitzmaurice by almost 3,000 votes in the by-election contest in October 2014.