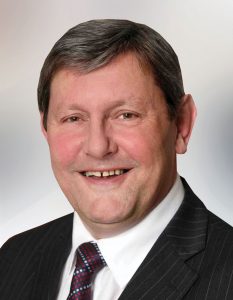 A Tipperary county councillor has called on Dublin City Council to outline what plans it has for the Fr Mathew statue which is located on O’Connell Street in Dublin.

Cllr Michael Fitzgerald (FG) has called on Dublin City Council and Transport Infrastructure Ireland (TII) to outline clearly what plans they have for the Fr Theobald Mathew statue which is being removed from O’Connell Street to facilitate Luas works.

Born in 1790, Capuchin priest Fr Mathew, who was raised in the village of Thomastown in Co. Tipperary, was instrumental in starting the Pioneer temperance movement in Ireland, and was involved in Catholic Emancipation. He received his schooling in Kilkenny, and then moved for a short time to Maynooth.

From 1808 to 1814 he studied in Dublin, where he was ordained to the priesthood. Having entered the Capuchin order, he joined the mission in Cork after a brief period of service in Kilkenny.

The movement with which his name is associated began on 10 April 1838 with the establishment of the Cork Total Abstinence Society, which in less than nine months enrolled no fewer than 150,000 names. He died in 1866.

It is understood it is not intended to replace the statue after 127 years. There are three such statues in Ireland – in Thomastown near Cashel in Co. Tipperary, Patrick’s Street in Cork city and O’Connell Street in Dublin.

Cllr Fitzgerald has lived in the house where Fr Mathew was raised and says he has received a number of calls expressing concern over the removal of the statue. He said “The significance of Fr Mathew’s life cannot be overstated. Very few people have three statues of them. The Thomastown statue was unveiled in 1938. People are genuinely upset that the statue is being taken from O’Connell Street.”

The O’Connell street statue was carved by Thurles-born woman Mary Redmond. “It’s been standing there for 120 years,” said Cllr Fitzgerald. A senior official with Tipperary County Council, Denis Holland, has written a book on Fr Mathew, and many prominent Tipperary people, including horse trainer Aidan O’Brien, take great pride in their pioneer pin, said Cllr Fitzgerald. “It’s a pity it would be put into storage and left there. I know what it means to so many people.”

A spokesperson for the TII confirmed that “To facilitate the alignment within the central median of O’Connell Street Upper, the Fr Mathew statue will be carefully removed by the heritage contractor for Luas Cross City, KN Networks Services”.