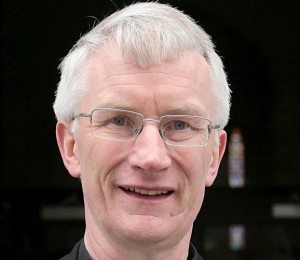 Kerry County Council has urged Bishop Ray Browne to do more to facilitate mourners at funerals who wish to convey their sympathy to the bereaved.

Last Monday, at the monthly meeting of Kerry County Council, councillors backed a motion calling on the bishop to facilitate more time for people to sympathise with mourners after funerals.

Mourning in Kerry churches has been a much debated issue over the years and guidelines introduced under the former Bishop of Kerry, Dr Bill Murphy, sought to curb what was seen by some as a growth in secular practices.

These included the overuse of ‘inappropriate’ music, personal mementos, and lengthy personal reflections within the church during funeral Masses.

However, there has been little uniformity on the matter and practices vary between parishes.

A booklet is currently being drawn up on funeral liturgies in the Diocese of Kerry, but it does not have suggestions how to deal with those wishing to sympathise with the bereaved.

Independent councillor, Dan McCarthy, proposed the motion before Kerry County Council to ask Bishop Browne to “allow time after funeral masses for people to sympathise with the bereaved families in the church in parishes where this is not allowed.”

Speaking to CatholicIreland.net, Cllr McCarthy said he “wasn’t trying to tell the bishop what he should be doing but as a public representative I have had to raise the issue.”

“I have become very concerned at the pressure on the bereaved, particularly in churches where sympathisers are not allowed shake hands inside church buildings.”

“I regularly observe five and six people surrounding a bereaved person outside the church; and two to three hands reached out at the one time. He says this puts pressure on the bereaved.”

The motion was moved by Cllr McCarthy and seconded by Cllr Michael Gleeson of the South Kerry Independent Alliance.

A spokesperson for the diocese of Kerry told CatholicIreland.net that the request would be studied in detail before any response was issued.