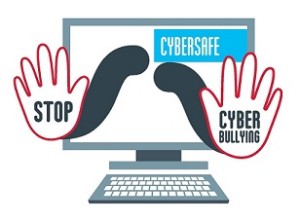 An anti-cyberbullying wristband which began as a modest transition year project is proving popular with students all over the country.

More than 2,000 Cybersafe wristbands have already been sold and it has also been endorsed by Irish Society for Prevention of Cruelty to Children (ISPCC).

Wearing one indicates that the wearer will not tolerate bullying. A unique built-in USB device in the wristband gives instructions on how to capture evidence of bullying.

“It is a great way of reporting bullying and I would like every kid in the country to have one,” transition year teacher Alan White told CatholicIreland.net.

“I noticed this time last year that every child sitting in front of me was wearing wristbands and bracelets,” and there the genesis of an idea was born.

His transition year students at Bishopstown Community School in Cork city wanted to do something about bullying.

They combined the Young Social Innovators and the Cork City Enterprise Board mini-company programmes to set up a business selling the wristbands with the word Cybersafe printed on them.

The wristband raises awareness that cyberbullying is an issue. The clasp on the band is actually a USB device which can be plugged into a computer or electronic device and it has two files.

One file has advice on what steps to take if they are being bullied and reassures them that they are not in the wrong. The second tells them how to take a screen shot (or picture) of the cyberbullying incident and save it as evidence in a simple word file on a computer or a USB device.

Initial sales of the unique wristband were in and around Cork, but soon they spread to schools in neighbouring Kerry, Waterford, and Tipperary, and further afield in Galway, Donegal and Offaly. They are often used as part of schools’ anti-bullying campaigns.

“There is one school where all first to fourth years are wearing the wristbands and they are positive about it. There is anecdotal evidence that they (wristbands) are working quite well,” Alan White explained.

He cites research that young people fear reporting cyberbullying because their parents may stop them using their mobile phone or computer and stop them accessing Facebook or other social media.

Also, they do not want adults such as parents or teachers to view their Facebook profile or text messages as these are private.

“By taking a screen shot, this gives them the power back, and they can just show the part of the profile that they are comfortable showing – just the incident-  so that, even by accident, no one can see other things they are talking about online. So it is giving them power to report,” Alan White said.

He also states that research shows how young people find it hard to broach the subject of bullying and start a conversation with an adult about it.

“Often they think they might have brought it on themselves,” he said. “They can hand the USB to the adult and say ‘plug that into the computer later and see what you think’. It is less hard to do that than to sit down and explain.”

Another unique point is that the wristband promotes a peer to peer support culture. Often there is silence around bullying but when young people wear the wristband they are saying that they do not tolerate bulling and that they will encourage the bullied person to report any incident or report it themselves.

Part of the advice given is to “include classmates” and to “be kind,” and when they see bullying to “say something” and “do something”.

The ISPCC endorsed the project and any profits raised from the sale of the wrist bands will go to the charity.

The project started with the 2012-2013 transition year students including Shonagh Barrett and Stephen Conlon and some of them have kept it on this year even though they are now in 5th year.

Some of the new transition year students are involved but this class of 2013-14 are also working on a project that will foster more inclusiveness for people who are deaf.