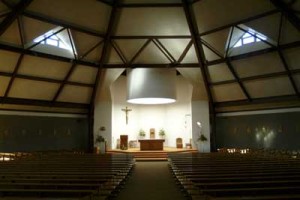 A Mass of thanksgiving will be concelebrated in the diocese of Cork and Ross next week to mark five decades of support for the Peru mission by the people of Cork and Ross, Kerry and Cloyne and Irish missionaries.

Those remembered and named at the Mass will include the missionaries who served in Peru and have since died.

A week-long celebration took place in March in the shanty-towns around the city of Trujillo, which is located on the Pacific coast of Peru, to commemorate the Irish mission’s foundation 50 years ago.

It was on the 17 March 1965 that the late Bishop Cornelius Lucey of Cork and Ross undertook to respond to the pastoral needs of the shanty-towns on the outskirts of Trujillo, which had grown as a result of migration by farmers from the Andes to the coast in search of a better life.

Fifty-five priests from the dioceses of Cork & Ross, Kerry and Cloyne as well as nuns from the Sisters of Mercy, Bon Secours and Presentation Congregations served on mission in La Esperanza, a poor desert periphery of Trujillo, which is Peru’s third largest city.

They provided religious services, education, healthcare and other services to the constantly increasing population which now stands at well over 500,000.

The Irish priests became known locally as Los Padrecitos – the Little Fathers. Over the five decades, the priests served as parish priests and community leaders.

People arriving in La Esperanza had to contend with a harsh and desperate environment. Often they had nothing more to live in but wicker huts in this desert slum, which had no water or electricity. There were no schools or churches or even streets.

They built churches, schools and clinics with the money collected in parishes across Cork & Ross. They also organised workshops to teach local women crafts to provide them with an income.

The missionaries not only contended with a tough mission but also coped with natural disasters such as the 1970 earthquake which left 60,000 dead in Peru, as well as the terror of the Shining Path movement which waged a war in the 1980s against the government and killed a number of foreign missionaries serving in Peru.

The last of Los Padrecitos returned to Ireland in 2004.

The Mass will take place on Wednesday 20 May at St Patrick’s Church, Rochestown, Cork at 7pm.