Aid from Waterford distributed in Philippines 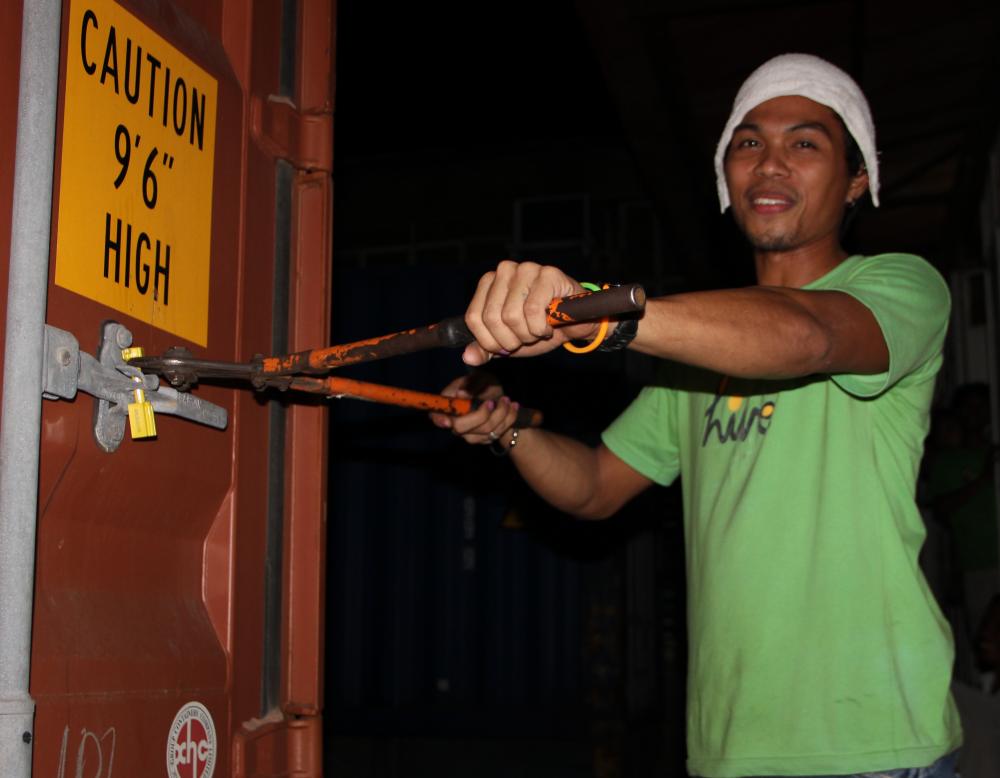 Two forty foot trailer loads of aid collected by the people of Dungarvan and its environs in Co Waterford have arrived in the Philippines and is being distributed in typhoon stricken communities at Tacloban and Palo on Leyte Island and Bantayan Island and Kalibo on Panay Island.

The story of Audrey Hallahan’s seemingly mad cap idea to send containers of aid to the Philippines in the wake of super typhoon Haiyan was reported in CatholicIreland.net in February.  (See https://www.catholicireland.net/dungarvan-community-establishes-bond-love-people-philippines/ )

The containers left Cork on 6January 2014 bound for Cebu in the Philippines, after a mammoth community effort by the Déise Philippines Appeal that saw collections the length and breadth of Co Waterford.

The goods filled one forty foot container to capacity and half filled a second container.

Travelling by sea via the Suez Canal, Singapore and Taiwan, the containers should have arrived four to six weeks later, but bad weather caused weeks of delay in Singapore.

Finally, the shipment arrived in Cebu port on 14 March, but it took another week to satisfy legal requirements  before the cargo  could be released. 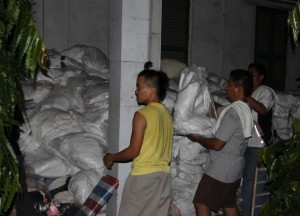 On  21March 2014, the containers were released from the port and working until  3am, and again the next morning, volunteers unloaded the cargo.

Speaking to CatholicIreland.net, Allessandra Emide, a volunteer with Bukas Palad Foundation, a social centre of the Focolare movement, said there was tremendous excitement over the shipment.

“They [the volunteers] were very excited even though they knew the goods were not for them.”

“They were stunned to think the containers were travelling for two months, and that the goods had come from people literally on the other side of the world.” 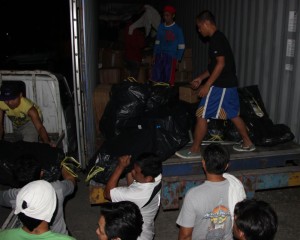 Ms Emide said that the situation in Tacloban and other places affected by the typhoon was not as acute as it had been.

“Now you see a city trying to live again, even though everywhere you look, you  see signs of destruction – broken trees and houses without roofs.”

Outside one church there is a mass grave.

“The memory is still alive in the people, especially the children.”

But seeing people beginning to buy and sell food along the roadside was a sign of hope, said Allesandra.

“With nothing, they start again, selling fruits.  You do not have the impression of a dead city, but a city that wants to live again,” she added.

Back in Ireland, looking at pictures of the containers being unloaded in Cebu, Audrey Hallihan experienced “pure relief, considering considering the bureaucracy right to the end and utter joy.”

The delay in getting the goods to Cebu and having the containers released was a bit disappointing she said, but it would not stop her doing it again.

“But next time I would know in advance how long it would take, and I would be more realistic.”

“The biggest lesson was gratitude for what we have – a community, a sense of family.”