Archbishop challenges religious to ‘wake up’ 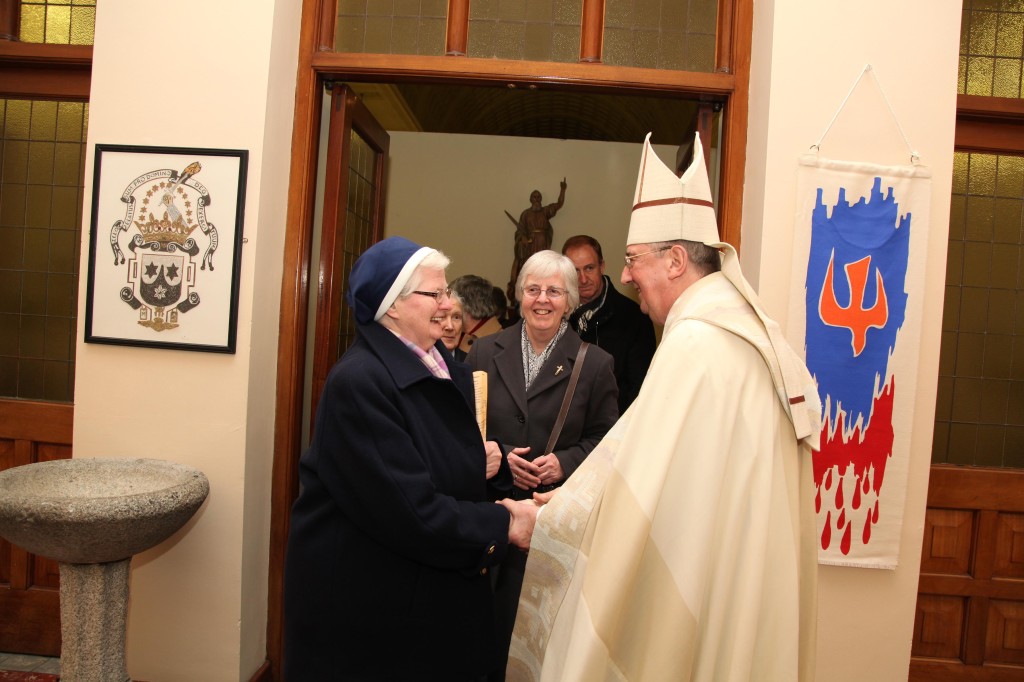 Smaller numbers and increased age should not tempt Religious into thinking that there is little they can do but keep something of the show on the road, Archbishop Diarmuid Martin of Dublin has said.

In his address for the annual celebration of consecrated life in Dublin at the Carmelite school, Terenure College, the Archbishop said that in the current situation in which the numbers of religious are declining and getting older, “we can easily be tempted to think that we have made our contribution and there is little we can do now.”

Citing Pope Francis, the first Pope to be chosen from a religious congregation since the election of Pope Gregory XVI in 1831, Archbishop Martin said the Pontiff had “no mean expectations of religious and religious life today.”

He recalled that the title chosen for the article in La Civiltà Cattolica in which the Pope spoke about religious life was “Wake up the world” and the Pope, without hesitation or qualification, said that his hope was that “religious should be men and women who are able to wake the world up”.

Religious, the Primate of Ireland said, are called to live religious life authentically in whatever circumstances they find themselves and that smaller numbers and increased age should never distract from the fact that religious life is a never-ending challenge. “Pope Francis says a religious must never tire of prophesising.”

Recalling how religious congregations in Ireland had over the years dedicated a great amount of their time to the education of young people, he said today, the number of religious directly involved in teaching and management in schools “is minimal.”

He then asked the assembled representatives of religious life, “How do you reactivate in your lives today that passion for caring for young people that your founders and foundresses had?”

“When we talk about meaning and hope, about the fundamentals about what life is about, the sense of goodness and truth and where young people anchor the values of their lives, there is a vast challenge which the wisdom of age and experience and a depth of faith can bring to young people.”

Archbishop Martin said good religious were never just managers and administrators of schools: “the good religious teacher was someone who played a vital role in the life of a young person, a name that the young person remembered fondly for their entire life.” 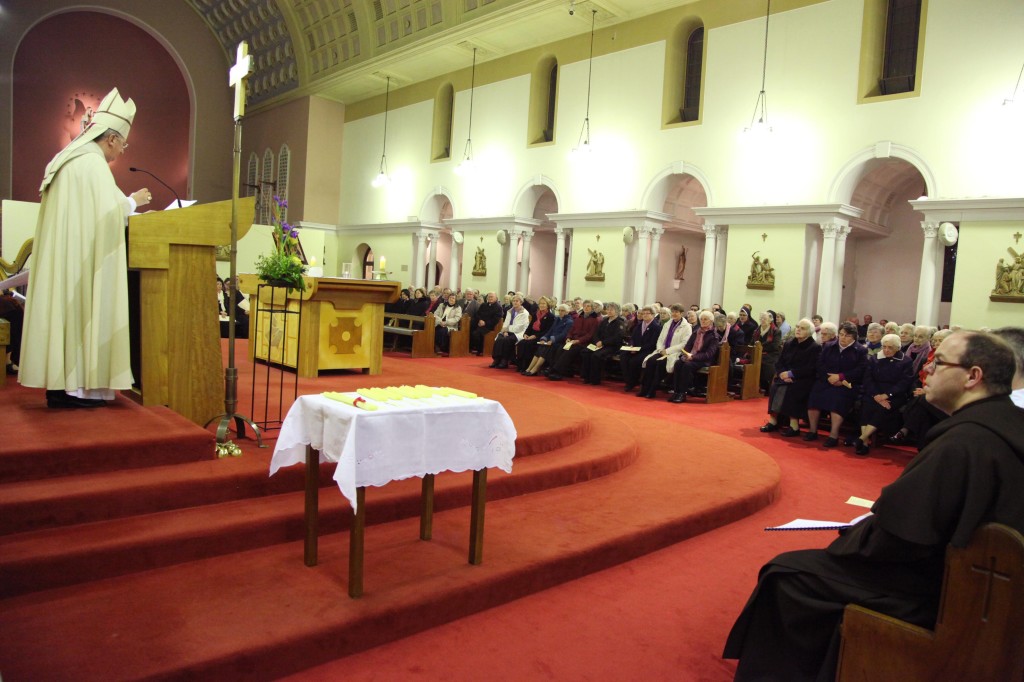 The Church urgently needs to find new ways not just of denouncing what is wrong, but of being travelling companions with young people in their search for their true selves, for values which transcend and for the ability of how to say no, he commented.

One vital thing that religious can do is, the Archbishop said, was to pray and not just pray for someone but show what prayer means in a world where doing and having and possessing seem to be the sole order of the day.

He continued, “Religious have to learn to share their prayer life with others and guide people in prayer. Religious life cannot be privatised; your prayer is a service for the whole Church and cannot be enclosed within the four walls of your house.”

Recalling the Pope’s words on religious life, Archbishop Martin said he had a great gift of characteristically simple and striking language.

“His language is earthy: it is not earthy for our entertainment, but is profoundly provocative and challenging. Perhaps my favourite comment of Pope Francis, in his meeting with the religious superiors, was when he said: “religious life is not a bottle of distilled water”. What does that mean? It means that we do not need a religious life that is crystal clear, tasteless, insipid and safe.”

“The Pope says outright that religious life must make noise, uproar and even a mess. They are his words and I like them.   That is certainly not what you were told by your novice masters and mistresses. Noise and uproar and making a mess were not high on the instruction-list in Clonliffe College, at least in my time. We were taught not to stand out; we were formed in conformity.”

Separately, a special Mass of Thanksgiving for the gift of consecrated life was celebrated last Sunday in St Joseph’s Church, Galliagh in the parish of The Three Patrons, Derry.

Derry’s Diocesan Administrator, Fr Francis Bradley, was joined by Bishop Séamus Hegarty, Bishop Emeritus of Derry, as well as thirty priests and forty religious from around the Diocese of Derry for the Mass.

During the celebration, Fr Michael McCaughey, PP of The Three Patrons, welcomed the Franciscan Friars of the Renewal to their new home in what was previously the Parochial House in Galliagh. 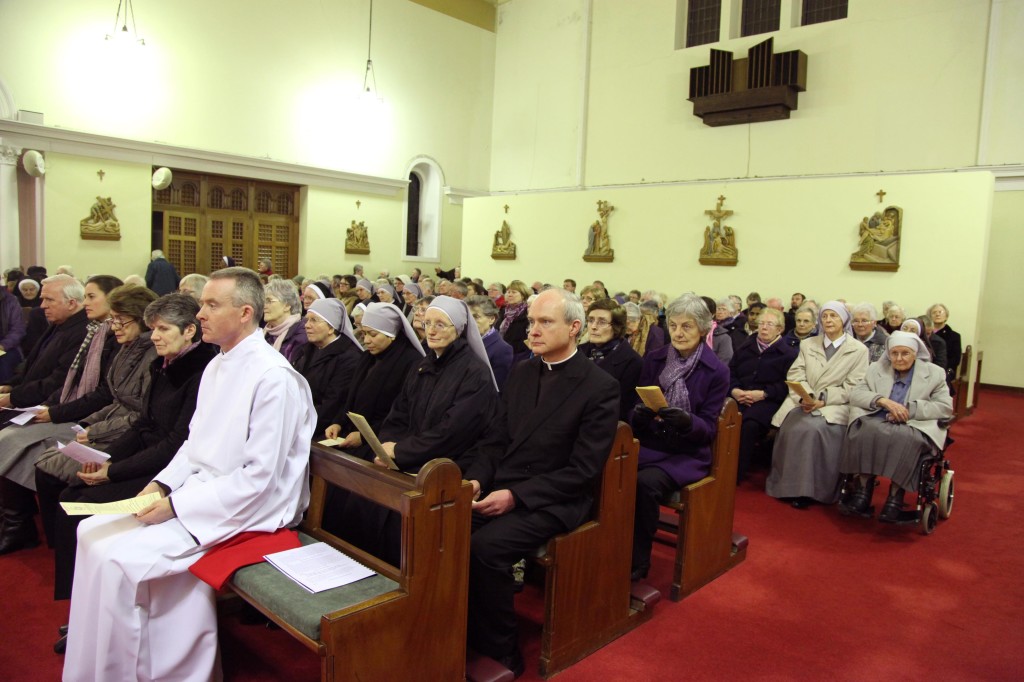 The name ‘Galliagh’ comes from the Irish Baile na gCailleach which acknowledges the presence there, for many centuries, of an ancient monastic settlement.

In his homily, Fr Bradley said the encounter of the new with the old was going on in the church as the older and longer established orders, congregations and societies are meeting the newer ones who are only finding their feet.

The generous and courageous living of a life consecrated to God has bequeath a legacy of faith, hope and love and women and men religious are witnesses of faith, witnesses to hope, and witnesses in love.

Life is not perfect. That is why people like you and so many more are needed in the world of today. People for whom care and compassion are not merely a job to be done, but the very cornerstones of the life of commitment which is to be lived generously every day.

Forty nine years ago, the 1965 Council document Perfectae Caritatis addressed this. Its name should never be forgotten for it talks about the pursuit (not the achievement) of perfect charity through the evangelical counsels.

It teaches us that consecrated life draws its origin from the doctrine and example of the Divine Master and reveals itself as a splendid sign of the heavenly kingdom.