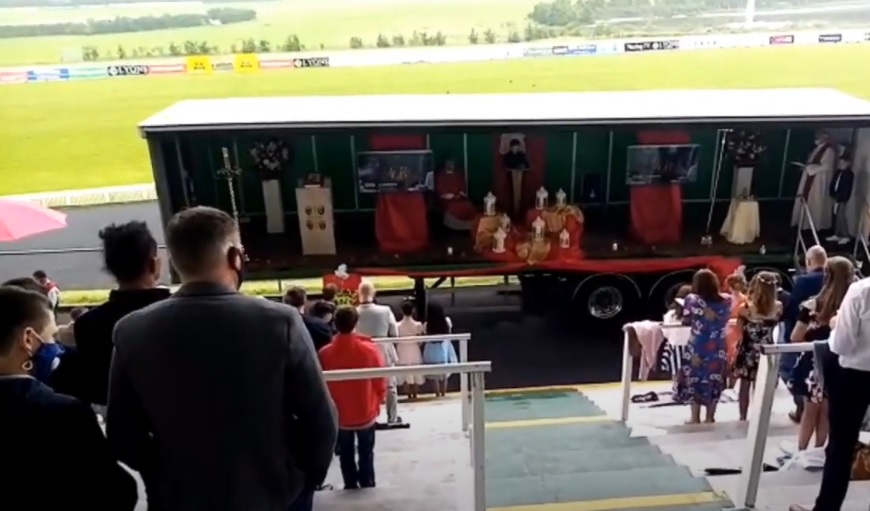 One of the Confirmation services at Limerick Racecourse

It was well worth the wait for young people in two parishes who received the sacrament of Confirmation at Limerick Racecourse, having had their special day postponed earlier in the year due to COVID-19.

The racecourse at Patrickswell, which is more often home to horses and the annual agricultural show, hosted a Mass with Pope John Paul II just over 40 years ago with up to 400,000 present. While the Confirmations had nowhere near that number, they will no doubt be every bit as memorable for the young participants and their families.

“They were very happy. It was beyond their expectations. They were delighted to have their Confirmation as they moved into secondary school,” Canon John O’Shea, PP, Mungret-Crecora-Raheen Parish told Catholicireland.net. “If we had to organise Confirmations in groups of ten we would have been at it forever.”

He and the parish team followed on with First Holy Communion services in the parish and held the sixth such service on Saturday with 20 children and up to two adults per child at each Mass.

Canon O’Shea remembers the visit of Pope John Paul II but said that those for Confirmation, and even their parents, are too young to remember it. However, he has no doubt that the events were similar in terms of the joy of coming together, and the spirit and sacredness of both occasions. 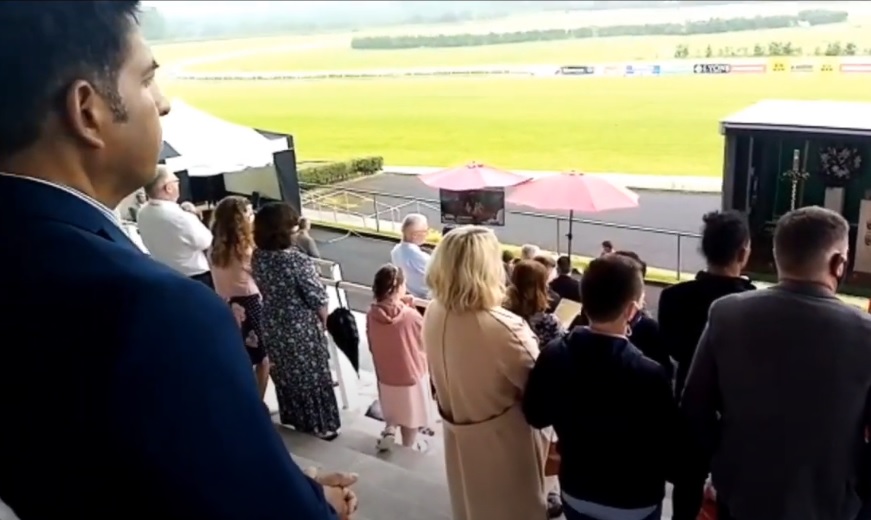 He explained that there were 120-plus young people in his parish to have Confirmation at St Nessan’s Church and 60-plus in the next parish at St Paul’s Church. He and the parish teams were looking around to see where and how Confirmations could be held, and came up with the idea of the racecourse which was open-air and allowed for social distancing.

“We had three ceremonies in the open stand and the weather was very favourable to us, thank God,” he said. “It was a liturgy of Confirmation rather than a Confirmation Mass. That was a new learning for us as well, it is something we wouldn’t mind staying with for a while because it really focused on the Confirmation.”

Bishop Brendan Leahy of the Diocese of Limerick had recorded a special message which was played at the services, in which he urged the young people to be peace-builders and spoke of the late John Hume who was noted for his ability to build peace.

The parish was very involved in organising the service and there were 40 volunteers present. It was streamed live online so other family members and grandparents could participate in the unique occasion.