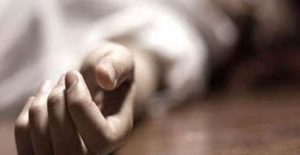 Although the suicide of a priest is a rare occurence it does happen a priest psychologist has acknowledged.

According to Fr Leon O’Giolláin SJ simplistic explanations for the death of a priest by suicide like loneliness or celibacy are not correct.

“Experts in the area believe that complex and deep reasons are at play,” he told CatholicIreland.net.

The Jesuit says that research shows that priests are among the most contented and fulfilled in their ‘professions’.

Other professions, like that of a psychiatrist or dentist, are more at risk from the threat of death by suicide.

“It is not the profession, it is the individual. There can be underlying issues going on that manifest in this tragic way.”

Having said that, Fr O’Giolláin agreed that priests are more under stress today than formerly.

“The recent history of clerical sexual abuse and the loss of confidence in the institutional Church, the marginalisation of religion and secularisation makes a priest’s life more challenging and less supported socially and culturally and that obviously does have an effect on priests.”

If a priest is not deeply rooted in a spiritual life which sustains him “in stormy times”, a vulnerability can emerge, he said.

The Jesuit said people are good at helping priests. He works as a chaplain in UCD, a very secular environment, and through simple gestures often picks up the support of others “like someone buying you a coffee”.

According to research, people who personally know priests tend to be positive about them, he says.

Fr O’Giolláin noted the following warning signs which might alert priests that they may be suffering depression: if they begin to develop “a distaste for the spiritual life, their ministry as priest or find their daily routine becoming overly burdensome and are tempted to withdraw”.

He recommends that in this case a priest should talk to an ‘anam chara’ (soul friend) in confidence.

If the anxiety, depression or withdrawal lasts more than a month, the Jesuit recommended the priest seek professional help.

Statistically the suicide of a priest is very rare, but particularly tragic.

“It has huge pastoral implications. People look to a priest as a man of God and so it is a contradiction. It is particularly sad for people and for other priests.”

In his work as chaplain in UCD, Fr O’Giolláin deals with suicide among students. Statistically those most at risk are young people aged from 18 to 25.

“Spirituality is all about finding meaning in life, in suffering, in disappointment.”

Depression and suicide are often due to a “loss of meaning and a sense of purpose.”

“It amazes me that spirituality is bracketed out of the conversation. As a priest and psychologist looking at the issue, I think we may be missing something important.”