Home > Featured > Conference will focus on reality of legalised abortion

Conference will focus on reality of legalised abortion 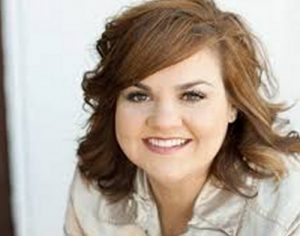 The Pro Life Campaign’s National Conference 2017 will examine the reality of what legalised abortion would involve, as opposed to what it terms “the sanitised presentation of legal abortion repeatedly put forward at the Oireachtas Committee currently looking at the issue”.

The keynote speaker at the event which takes place tomorrow (3rd December), in the RDS, Dublin, will be Abby Johnson, former director of one of the largest abortion clinics in the US, and Lord David Alton, member of the British House of Lords and expert on England’s abortion law. The conference begins at 3.00pm at the RDS Concert Hall, admission is free, but seating is limited, so pre-registration is advised.

“We are expecting a huge crowd,” Cora Sherlock from the PLC told CatholicIreland.  “Last year we had to open up a separate section to accommodate people. Even if people haven’t registered, I would tell them to come along, we will make room.” Another speaker at the event will be Bernadette Goulding from ‘Women Hurt’.

The Joint Oireachtas Committee on the Eighth Amendment was established on 4 April 2017 to consider the Citizens’ Assembly report and recommendations on the Eighth Amendment of the Constitution.  It has been sitting regularly since then but has been attacked by pro-life organisations as being one-sided, “like a pro-repeal advocacy group rather than an impartial body” according to Dr Ruth Cullen of PLC.

“It’s unbelievable that the Oireachtas committee invited 24 abortion advocates to present and just 4 pro-life speakers. When you consider the radical nature of what’s being proposed, namely stripping unborn babies of legal protection, it is inexcusable the way this committee has behaved. They are clamouring for repeal of the 8th Amendment without any real debate whatsoever. Surely the role of Oireactas committees is to rigorously test and scrutinise any new proposals that might involve changes to the law? ” said Dr Cullen.

Adoption has not been considered at all by the Oireachtas Committee. “Adoption was only brought up once at the recent hearings and was immediately shot down by Deputy Kate O’Connell,” said Cora Sherlock.  “On that occasion Deputy Kate O’Connell asked if we were going into a ‘Handmaid’s Tale’ situation here, where women in crisis pregnancies will be detained, forced to become parents, and used as a source of supply of babies to childless people?  I have to say it’s up there with the most shocking thing I’ve heard today and I’m hoping to God nobody forces me into that situation.”

Deputy O’Connell’s comments have no place in any discussion,” commented Cora Sherlock,  let alone one where sensitive issues like adoption and abortion are raised. Since she made her remarks, we have been contacted by many people who were deeply hurt by the flippant way in which she appeared to disparage adoption, something which involves courage and generosity of spirit regardless of whether you are the birth or adoptive parents.” 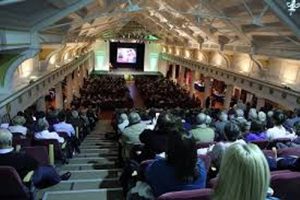 The keynote speaker at Sunday’s event, Abby Johnson, worked at Planned Parenthood – the largest abortion provider in the United States, for eight years. Ms Johnson will share her story regarding her awakening to the truth about abortion and her advocacy for the unborn. Lord David Alton will also be on hand to talk about the experience of abortion over 50 years in Britain.

These people “are examples of people who should have been invited as witnesses before the Oireachtas committee,” said Dr Cullen. “Abby’s book, ‘Unplanned: The Dramatic True Story of a Former Planned Parenthood Leader’, became an Amazon best seller. She has been the inspiration behind numerous others leaving the abortion industry.”