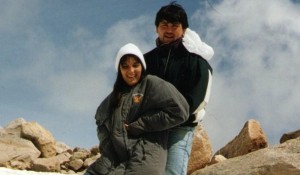 On 22 April, Julio Sabetta in Argentina posted on his Facebook page: “Second only to the the birth of my daughters, today one of the most beautiful things happened. My house got a call from none other than Pope Francis and it was the biggest thrill.”

“The call originated with a letter my wife sent him. And he took the time to call and talk to her…. Thank God for this blessing.”

He and his wife, Jaqueline Lisbona, have been together for nineteen years and have two children.

They are Catholics but as he was divorced and remarried, and they had not married in church, they could not receive communion.

The last time Jaqueline tried to take the Eucharist a year before, the priest not only denied her communion, but also said she could not go to Confession. “I felt I was a second class Catholic.”

Upset, she sent an email to Pope Francis in September about her worries that she was breaking Church rules. “I wrote to him because I trust him,” she told Radio Del Plata on 23 April. 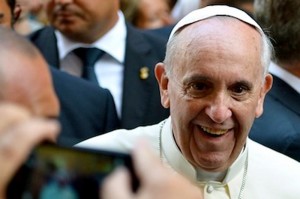 Six months passed. Then on Monday, the phone rang. Her husband picked it up. On the other end was a man who identified himself as “Father Bergoglio” and he asked to speak to Jaqueline.

On the phone, Jaqueline asked him if it was really him, the Pope, and he said it was and that he was calling in response to mail.

After apologising for the lateness of his response, Pope Francis reportedly said: “It is a question that we are discussing at the Vatican, because a divorced person who takes communion is not doing any harm.”

“He said my letter was useful in helping him address this issue,” said Ms Lisbona.

At the end of the conversation, which lasted about ten minutes, Pope Francis blessed Jaqueline and all the family. “I was very moved,” she told Radio del Plata, but added that the Pope had not made her any promises.

“It was very emotional. We are still floating. I can tell you that when he speaks you feel total serenity,” he told the Argentine media.

“The internal peacefulness that Francis has transmitted was a unique moment in my life. Afterwards we hugged and cried. He has given us the energy to go forward.” 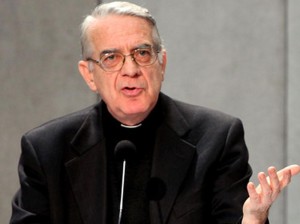 Yesterday the Vatican issued a statement asking the public not to infer a change in Church teachings based on what the Pope is reported to have said to Jaqueline Lisbona, which they said was a “source of misunderstandings and confusion”.

“Since they [his pastoral relationships] do not in any way form part of the Pope’s public activities, no information is to be expected from the Holy See Press Office,” said the statement from Fr Fererico Lombardi SJ.

“That which has been communicated in relation to this matter, outside the scope of personal relationships, and the consequent media amplification, cannot be confirmed as reliable, and is a source of misunderstanding and confusion.

“Therefore, consequences relating to the teaching of the Church are not to be inferred from these occurrences”.