Tribute to Communion and Liberation founder 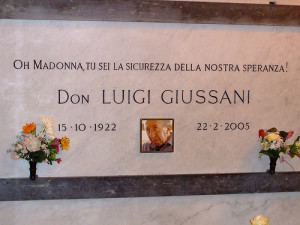 Archbishop Diarmuid Martin of Dublin has paid tribute to the founder of the movement Communion and Liberation at a special anniversary Mass at Milltown Park in Dublin this week.

Communion and Liberation, the movement the Italian priest founded, is known for its annual conferences in Rimini which bring together political, academic and cultural figures to dialogue on issues such as faith and reason and faith’s role in secular society.

“Don Giussani had the ability in this complex and confused world to help young people to discern, to see within that world where the person of Jesus and his message might open their minds and hearts to new light and bring sense and meaning to their lives,” Archbishop Martin said on Tuesday.

He urged them as followers of Don Giussani to follow in his path of learning, to discern how Jesus is present in their daily life, and in the life of the society in which they live.

They are called today to think not just of themselves or even of their movement.

“You are called to be witnesses of that love of God which you experienced and to witness to it with that same sense of generosity and gratuitousness which is the mark of Jesus himself.”

Archbishop Martin prayed that they would go from the Mass renewed in their commitment as witness to the generosity of God in such a way that their discernment and understanding and perception would be enlightened.

“We pray that we can – like Don Giussani – represent in our society a leaven or a yeast different to that of the Pharisees and Herod and of the detractors of Jesus: that leaven of Jesus himself, the leaven of self-giving and superabundant love, a transforming dough which renders fruitfulness many times the size of our meagre human efforts and contribution,” he said.

The Mass is Dublin is part of a worldwide celebration by Communion and Liberation to mark the two anniversaries.

On 7 March, members of the movement will meet Pope Francis in St Peter’s Square.