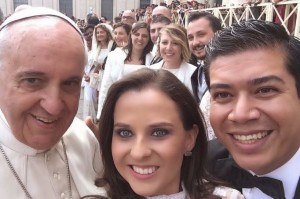 Daily news shows us the difficulties facing the family today according to the Pontifical Council Social Communications.

“Often cultural changes do not help us appreciate how much the family is a good for society,” the Pontifical Council stated.

The theme for World Communications Day 2015 was announced as the Extraordinary Synod on the Family was preparing to start.

“Communicating the family: a privileged place of encounter with the gift of love” is linked to the central theme of the Synod in Rome this month and again next year.

The Synod runs from 5-19 October and will be followed in 2015 by a General Synod on the Family as well as the World Meeting of Families in Philadelphia.

The full message of the World Communications Day will be released in January and the day itself takes place in May.

In a note explaining the theme, the Pontifical Council Social Communications explained that relationships between the members of the family community are inspired and guided by the law of ‘free giving’.

“By respecting and fostering personal dignity in each and every one as the only basis for value, this free giving takes the form of heartfelt acceptance, encounter and dialogue, disinterested availability, generous service and deep solidarity,” it stated.

The Council poses the question as to how Catholics can tell people who are wounded and disillusioned that love between a man and a woman is a good thing? Or how can we help children know that they are a most precious gift? Or how can we help people rediscover the beauty of love? 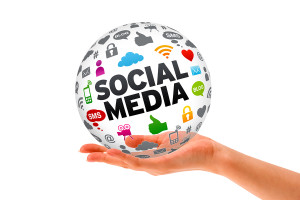 “Today the Church must learn again how to show that the family is a great gift, something good and beautiful.”

“The Church is called to show more vividly that the gift of love, which the bride and groom offer each other, draws all people to God. It is an exciting task because it moves people to look at the true reality of the human person, and it opens the doors to the future, to life,” states the Council.

World Communications Day is the only World Day established by Vatican II.

It is celebrated in many countries on the Sunday before Pentecost which in 2015 is on 17 May.

Generally the Pope’s message for the event is published on the feast day of St Francis of Sales, patron saint of journalists, on 24 January.

Previous themes addressed for World Communications Day:
2006: The Media: A Network for Communication, Communion and Cooperation.
2007: Children and the Media: a Challenge for Education.
2008: The Media: At the Crossroads between Self-Promotion and Service. Searching for the Truth in order to Share it with Others.
2009: New Technologies, New Relationships. Promoting a Culture of Respect, Dialogue and Friendship.
2010: The priest and pastoral ministry in a digital world: new media at the service of the Word.
2011: Truth, proclamation and authenticity of life in the digital age.
2012: Silence and Word: Path of Evangelization.
2013: Social Networks: portals of truth and faith; new spaces for evangelization.
2014: Communication at the Service of an Authentic Culture of Encounter.