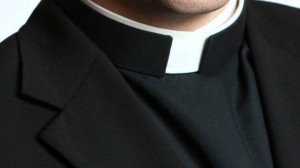 A new Vatican commission, which will deal specifically with appeals by clergy accused of child sexual abuse, was announced by Pope Francis on Tuesday.

The new tribunal will consist of seven cardinals or bishops chosen by the Pope, who will be overseen by the Congregation for the Doctrine of the Faith but will not necessarily be members of the CDF.

Vatican spokesman, Fr Frederico Lombardi said the new college is aimed at tackling the backlog of appeals by accused clerics.

The papal rescript establishing the special college takes effect immediately, though the members appointed to the college have not been announced.

The edict announcing the development stated that “The College is a provision made by the Ordinary Session of the Congregation to enable greater efficiency in processing appeals in accordance with Art. 27 SST, without substantive modification to its competences as established in the same Art. 27 SST.”

This means that accused bishops are to have their appeal heard by the full Vatican congregation and not just the new commission.

Last May, the Vatican referred to the creation of a new commission and the Pope’s appointment of an Argentine archbishop to a “commission being established to examine the appeals of clergy for ‘delicta graviora’.”

The edict updates a 2001 motu proprio by Pope John Paul II specifying which church crimes the Vatican congregation reserves for judgment because of their serious nature.

It was updated in 2010 by Pope Benedict XVI to include the “attempted sacred ordination of a woman” alongside sexual abuse of minors, heresy, apostasy, and wrongful use of the sacrament of penance.

Between 2004 and 2013, the Vatican dismissed 848 priests from the priesthood for child sexual abuse.

In another 2,572 cases, the priests and religious were ordered to have no contact with children and to retreat to a life of prayer and penance.