Commission finds no records for hundreds of baby burials 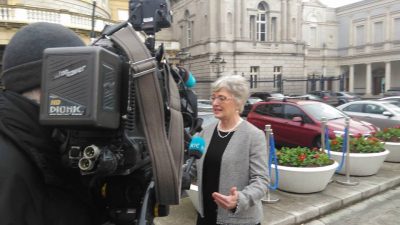 The Minister for Children and Youth Affairs, Dr Katherine Zappone, has appealed for anyone with further information on burials of babies at Mother and Baby Homes to come forward.

“Let us know where they are buried. Please come forward. Tell the truth,” stated the Minister as she published the most recent report, the Fifth Interim Report from the Commission of Investigation into Mother and Baby Homes, which examines the burial arrangements in the institutions under investigation.

While more than 900 children died in Bessborough or in hospital after being transferred from the home, the Commission has been able to establish the burial place of only 64 children, despite very extensive inquiries and searches.

The report found that only one child was buried in the small burial ground at the home where former residents thought their babies were buried. Representatives of the former residents and their families said they found this particularly upsetting.

The report found that the burials of children who died in three Sacred Heart Homes (Bessborough, Castlepollard and Sean Ross) are not recorded at all and there is no certainty about where they are buried.

The Commission stated that the Congregation of the Sacred Hearts of Jesus and Mary, who owned and ran these institutions, provided the Commission with an affidavit about burials generally, and specifically about the Castlepollard and Sean Ross child burials, but provided very little evidence to support this.

“The affidavit was, in many respects, speculative, inaccurate and misleading,” stated the report.

A statement from the Sisters of the Sacred Hearts of Jesus and Mary said: “We will continue to deal directly with the ‘Commission of Investigation into Mother and Baby Homes’ on all related matters.” It added that the Commission has had and will continue to have the sisters’ fullest cooperation.

The Commission found that between 1922 and 1998 some 552 children died in Cork County Home/St Finbarr’s Hospital. So far, no burial records have been found for these children, although it is likely that they are buried in Carr’s Hill Cemetery. 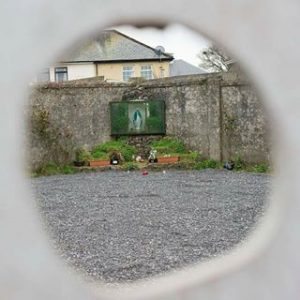 In regard to the Tuam Children’s Home, the Commission stated that the memorial garden is likely to be the site where a large number of children who died in the Home were buried. It clarified that human remains found by the Commission are not in a sewage tank, but in a “second structure with 20 chambers which was built within the decommissioned large sewage tank.”

However, that chamber structure may have had something to do with the treatment/containment of sewage and/or waste water. This has not been established, though soil analysis illustrates that this is its most likely use for an unspecified duration.

The Commission stated that the home was the responsibility of the Galway and Mayo County Councils and responsibility for the burials of deceased children rested with the local authorities, especially Galway County Council. It stated that employees and members of the Council must have known something about the burials when the home was in operation, as it was responsible for maintaining the building and grounds. Even in 1969, when the Council was planning the Athenry Road housing scheme, there there must have been an awareness of the existence of burials.

The report expressed surprise at the lack of knowledge on the part of the Council and the Sisters of Bon Secours, as the latter continued to live and work in Tuam until 2001. The Sisters were unable to provide “any information about the burials there”.

The Commission also stated that there must be people in Tuam and the surrounding area who know about the burial arrangements but who have not come forward with this information.

The Commission has stated that it will include an analysis of the causes of deaths and the registration of deaths in its final report, which is due by February 2020.