In a statement, Fearghal O’Boyle expressed the sadness of the directors and staff of Columba, adding that Columba went into examinership in May 2016 in order to protect jobs while new investment was sought.

“Unfortunately, we have been unable to secure the new investment that would be needed to return the company to profitability and place us on a sound financial footing for the future,” stated Fearghal O’Boyle.

The Irish Times reported that the company has been breaking even in recent years, but there were historic debts and the accounts show that as of April 2016 the company had an estimated net deficit of liabilities over assets of €234,069. 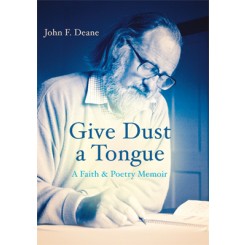 Columba Press was founded in 1984 by Sean O’Boyle, Fearghal’s father, as an independent religious book publisher.

It is credited with publishing over 2000 books over the years, with approximately 35 new titles every year.

There are currently around 350 books in print.

“It is a pity it has come to this but we hope some other publishers will be interested in our back list and will take them on,” Fearghal O’Boyle told CatholicIreland.net.

“The liquidators will take over the company and try to sell all the assets and I am sure there are other interested publishers out there.”

He stated that over the years Columba’s books have contributed “greatly to both church and society” in Ireland and beyond.

The mission statement was to produce ‘Thoughtful Books for a Thinking Church’. As an independent publisher Columba felt it was able to work with authors who would otherwise not have been published.

“We are proud that as a publisher we facilitated the promulgation of ideas that others preferred to silence. The company is very proud of the canon of books that we have produced, of our authors, and of the fact that over the years we have published for Protestant, Catholic, and Dissenter. We have always strived to be a good corporate citizen of this Republic,” stated Fearghal O’Boyle.

He thanked the book business, authors, distributors, printers, retailers and readers who supported the press over the years, and in a special word for fellow indigenous Irish publishers he stated: “We wish you every success as you fight the good fight to get our own local authors onto bookshelves in the face of fierce competition from large international companies.” 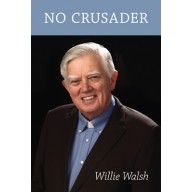 It all began in April 1985 when the company published its first three titles under the newly-founded imprint, Columba Press.

The three books were Masses with Young People by Donal Neary SJ, Funeral Homilies edited by Liam Swords, and Disturbing the Peace by Eamonn Bredin.

More recently, in 2001, a big success was The Glenstal Book of Prayer, which sold over 150,000 copies worldwide and it topped the bestsellers list in Ireland for eighteen weeks. 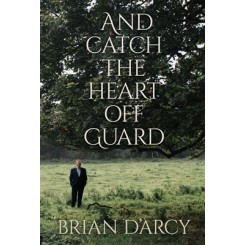 Even more recently in 2004, the Book of Common Prayer for the Church of Ireland, in its various editions, sold over 120,000 copies.

The company published across a broad range of areas, including pastoral resources, spirituality, theology, the arts, and history.

The Currach Press imprint was started as a general list and has published non-fiction titles.